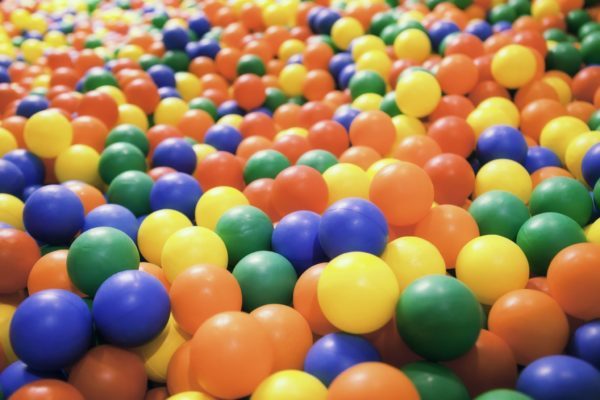 The Myers Briggs inventory can tell you wonderful things you already know about yourself. I’m an INTJ. One thing about us INTJ’s is that we march to the beat of a different drummer. If everyone else goes right, we go left and that’s OK. Now, this combination of independence and social indifference is a mixed bag. It was never my genetic destiny to be homecoming king or a contestant on The Bachelorette. On the other hand, when an epidemic is sweeping the country, steering clear of the herd can be excellent for your health. We can come back for a visit when it’s over. [“You’re so right. Nerds don’t herd.” – the Spaniel] Speaking of herds….

Epidemic modeling is a carnival game

So what’s all this talk about herd immunity, anyway? Doesn’t that demand a laissez-faire approach leading to millions of needless deaths? Isn’t that what Boris Johnson was for before he was against it? Isn’t that what the crazy Swedes are trying to accomplish by doing nothing? (Which isn’t, by the way remotely true).

Well, “herd immunity” is more theory than reality when it comes to the present pandemic. COVID is so new, we still don’t know for certain that recovering from it makes you immune. But even without actual long-term immunity, every epidemic eventually burns out.

How does that work? Let me try and explain. Imagine that game at the fair where you’re throwing darts at balloons on a wall, but you’re a really bad aim. Or blindfolded. At the beginning there’s lots of balloons and they’re all close together. It’s pretty easy to hit one by dumb luck. The more that pop, though, the harder it gets to hit one that isn’t popped.

Now, make it a million balloons and you have a really good arm. Same game. But you’re still only popping one at a time, and the growth rate remains linear.

This could take forever, so let’s pick up the pace. Every time you pop a balloon you gain a teammate (the dead balloon gets reincarnated). The more you pop, the more throwers you get, but they’re all still blindfolded. Now, pops can grow exponentially. To add an element of suspense, every tenth balloon that got popped sails to Avalon and is not reincarnated as a dart thrower.

Just one more rule and we’re there. You only get 7 throws before you’re out of the game (you get bored easily). Eventually, there just aren’t enough blind dart throwers to randomly hit the remaining balloons. All retired dart throwers are immune (theoretically). But the remaining balloons aren’t immune. They’re just lucky. If this were an epidemic instead of a dart game, your best strategy is to be the balloon that never gets popped. Your second-best strategy is to be popped and then get reincarnated as a thrower.

Early in the COVID outbreak, two small European nation-states – call them Covidistan and Coronacita – decided to shoot for herd immunity and skip the induced economic coma shtick. They were mirror images of one other, with some very odd demographics (to keep our math simple). The birth and death rates were exactly constant year by year, and everyone died of natural causes the day after their 90th birthday (totally hung over following a truly smashing send-off). Both nations had a population of exactly 900,000, with exactly 100,000 people at each decade of life. Both nations decided to let the disease run its course, while protecting the most important. Herd immunity would be achieved when exactly 2/3 of the population had been infected and recovered.

Covidistan is very child-centric so it decided to lock up its children, in fact everyone under 30, in protective quarantine with plentiful pizza and burgers, game consoles, and unlimited free streaming. Coronavirus swept the remainder of population, infecting everyone over the age of 30. Unfortunately for the victims, they were the ones at greatest risk. In the end, Covidistan lost 11,570 people or 1.3% of its population. * [based on the age-adjusted COVID-19 mortality of Spain and allowing for an asymptomatic infection rate of 50%]

Coronacita, on the other hand, was a well-entrenched gerontocracy. The old people felt they’d paid their dues. “Let the young-uns bear the brunt of the illness” said they. Everyone over 60 was quartered in a luxurious seaside resort sipping mai-tais and playing extreme shuffleboard. The rest were left to face the virus while continuing with work and school. When the disease had run its course, COVID killed only 520 Coronacitans, or 0.06% of the population.

Two nations, two different paths to herd immunity, but the infection fatality rate in Covidistan was twenty-two times higher. Certainly, that doesn’t correspond to anything in the real world, does it? Well, not precisely, but close. Coronacita is Singapore. The Bergamo district of Italy was Covidistan.

With over 23,000 documented cases to date, tiny Singapore is behind only China and India for the most cases among the nations of Southeast Asia. Yet, so far it has documented only 20 deaths. That’s a documented case fatality rate of 0.08% with a per capita death rate of 3 per million (0.0003%). How did they do it? Over 90 per cent of infections were among very young low-wage foreign workers, while the nation’s elderly heeded government advice to stay at home in response to direct pleas from Prime Minister Less Hsien Loong. No one is close to claiming Singapore has reached herd immunity, but the point is made.

“Fortunately, we have a much smaller proportion of elderly people than Italy or Spain,”

Paul Tambyah, President of the Asia Pacific Society of Clinical Microbiology and Infection

Bergamo, Italy was the epicenter of the COVID outbreak in the Lombardy region of northern Italy. In a yet unpublished report, researchers attempted to determine the actual impact of COVID in Italy by examining mortality data for 2020 compared to the preceding four years. By their calculations, the actual infection rate in Bergamo reached 67% (two-thirds) and they may have attained “herd immunity” (authors’ words). Overall fatalities were estimated at 6,171 (over twice the official number), or 0.57% of the total population.

To look at it another way, by May 6 Singapore had recorded 20,198 cases and only 20 deaths. When Italy crossed the 20,000-case threshold back on March 14, it had lost 1,441 citizens, seventy-two times as many. Now, Bergamo didn’t isolate its young people, but there wasn’t much need. Italy has been “quarantining” its children for years – by not having them. Bergamo is one of the oldest communities in Italy, and Italy has the fifth highest median age in the world. According to the report, essentially 100% of the deaths in Bergamo were among people over 40.

Aiming for the side of the barn – and missing

In real life there’s a broad continuum between Covidistan and Coronacita, but our results are looking more like the former than the latter. By all accounts, the US has done a terrible job of protecting the most vulnerable. By late March, multiple societies had warned of the looming threat to nursing homes and called for immediate segregation of infected patients from the uninfected. Instead, the governments of New York and New Jersey enacted rules compelling facilities to take back their hospitalized COVID victims, whether they were recovered or not. (Louisiana did the opposite – banning their return until recovery was confirmed). It was like protecting your home with a 12-foot steel barrier armed with the latest military defense technology on the front (the economic shutdown) while the back was secured by a rotting wooden fence held together with string and duct tape (long-term care facility policies).

“The deadliest place for COVID-19 transmission remains in nursing homes, which now account for more than 26,000 deaths in the U.S…. That means that of the data available, nursing homes account for one-third of the nation’s fatalities from the ongoing viral outbreak.”

The New York Times keeps a running count, and New York, New Jersey, Massachusetts, and Pennsylvania lead the nation in COVID deaths at long-term care facilities. In fifteen states, these facilities account for over half of all deaths, nearly 80% in West Virginia and Minnesota.

We should all remember that the coronavirus is highly infections, and that it’s incredibly difficult to contain a disease that is easily transmitted by asymptomatic carriers. Tragically, the nationwide economic shutdown conferred no real benefit to those who were at greatest risk, and in some instances state policies put them in still greater danger.

As the pandemic continues, let us all be mindful of those most at risk and employ the utmost care to protect them. And next time you’re at Walmart passing an eighteen-year-old young man with no mask, give him wide berth and instead of griping about him, thank him for doing his part to build up immunity!

(If you find this post useful, please share it with your friends via FaceBook, Twitter and email! It’s very simple using the links below. Don’t forget to sign up for future updates by entering your email address in the box in the upper right of this page!)