Home / The Miracle of Climate Stability, and How to Protect It 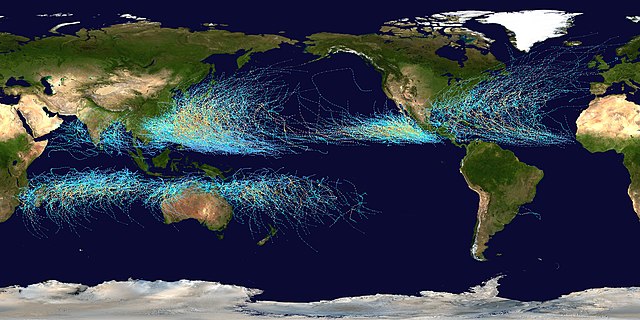 You all know how this game is played. A well known author comes out with book on a controversial, divisive, politically charged subject. For some, the only thing they want to know is whether it takes their side. Hopefully, many more harbor a genuine desire to understand the issue better. Climate debate has been polarized for quite some time. It is a complicated subject that involves scientific observations, attempts to model future climate, and costly public policy. Hugh Ross’s “Weathering Climate Change” is not a battle manual for political partisans. For everyone else, it’s a gem.

What qualifies Dr. Ross to speak on this topic? He is not, after all, a climatologist. An obvious question warrants an obvious answer. For billions of years, our climate has mostly been driven by the environment of space in which our planet spins – something astrophysicist Ross is particularly well-qualified to evaluate.

The book is broken into roughly three sections. The first four chapters survey the present state of public and scientific opinion on the matter of earth’s climate and how it might be affected by global carbon emissions. Ross shares recent polling data showing how concern over the issue varies markedly from nation to nation, and within nations according to political loyalties. No surprises there.

Ross detachedly summarizes the projections of most climatologists involved in this arena.

The picture they paint is bleak. In addition to food scarcity, floods, and droughts, global warming will likely give rise to disease epidemics and destructive swarms of pests and parasites. Marine and aquatic environments will experience toxic algae blooms, acidification, and deprivation of dissolved oxygen, with consequent drops in fish stocks. (p44)

However, Ross is mindful of the political partisanship and grandstanding attached to this issue. Things don’t have to be this way, Ross hopes. It hinges on whether we’re more interested in addressing the problem than defeating our political opponents:

Do win-win solutions exist? If they exist, can they be implemented quickly enough to avert disastrous consequences and avoid unintended ones? I’m convinced the answer to both questions may well be yes. However, they require interdisciplinary collaboration and international cooperation, and these require a dose of humility and civility that seem increasingly short in supply. (p 50)

The next and most comprehensive section guides the reader into the fascinating realm of paleoclimatology. Here, we are particularly concerned with the conditions and events that led to a series of ice ages and the remarkably stable climate of our current interglacial period. In these chapters, Ross leads us on an adventure back in time. Only then can we fully appreciate the moment in which we live.

Beginning 2.5 million years ago, the earth entered a period of advancing and retreating glaciation known collectively as the ice ages. Since that time, the higher latitudes and elevations have been under ice far more often than not. This strange new era in Earth’s climate history began with an extraordinary cosmic event, the crash of a giant asteroid off the tip of South American known as the Eltanin impact.

Since then, the earth has passed through a series of ice ages, coming and going according to a complex choreography of earth’s orbital eccentricity, the precession of its axis, and the oscillations in the axial tilt collectively known as the Milankovitch cycles. Earth’s orbit, in turn, is precisely modulated by gravitational effects from the larger outer planets, particularly Jupiter.

Now you might think ice ages would be hard on human civilization, and you’d be right – if we were in the middle of one! Yet, somehow civilization arose and prospered at the most perfect time possible. Since the end of the last glaciation, we have enjoyed a level of unprecedented climate stability unseen in earlier millennia. Thanks to those ancient ice ages, earth’s soil has been greatly enriched along with an abundant supply of fresh water both above and below the ground. These have enabled us to feed a world population of over seven billion.

This section is rich in detail on the wondrous “coincidences” that have led to our unique period of almost-perfect climate, far too many to summarize here. One of the most fascinating is the very recently discovered Hiawatha impact event in Greenland. This came at just the right point in our climate timeline to stabilize and prolong our current interglacial period, or today there might already be a mile of ice where Toronto now sits.

Most people assume that the greatest long term threat is runaway heating from greenhouse gases. Not so, contends Dr. Ross. Granted, the climate isn’t going to stay like this forever. However, while most scientists and writers focus on the short-term effects of global warming, Dr. Ross takes the long term perspective. Ice ages come and go and come back again. Now, you might think global warming would be great if it delays the next ice age. However, the past record shows that every new glaciation event was preceded by a rise in atmospheric CO2. While the science is still preliminary, there is a growing body of evidence that human-caused CO2 release could actually accelerate the next ice age, possibly on timespans of less than a few hundred years. The tundras of North America and northern Eurasia are cold but extremely arid. Melting of the north polar ice cap should result in increased precipitation in those northern latitudes, leading to a progressive accumulation of snow and ice. By the time the cycle begins, it may be far too late to slow or stop. Much of the evidence for this hypothesis has only been published in the last 2 years.

In Chapter 20, Dr. Ross describes many of the proposals being floated for mitigation of the CO2 induced greenhouse effect, along with their pros and cons. He objectively evaluates many proposed strategies in the categories of geoengineering, resource management, technology, and power production, without shutting down the world economy in the process. Any number of them show great promise. Ross expresses a hope, which I wholly share, that people of good will can lay down their partisan swords and work together to preserve and protect the amazing world God has given us.

This is a delightful and fascinating tour through earth’s recent climate history. Believers will be filled with awe at the marvelous handiwork of the Creator, with each new year of scientific discovery unfolding still greater wonders. Unbelievers and skeptics may at least appreciate how fortunate we are to be living in these times and might be challenged to consider just how many coincidences can one tolerate before one begins to suspect the deck is stacked. Whether or not we agree on matters of faith, we can still work together to protect this glorious planet we all call home.