Home / Marriage: Past, Present, and Future 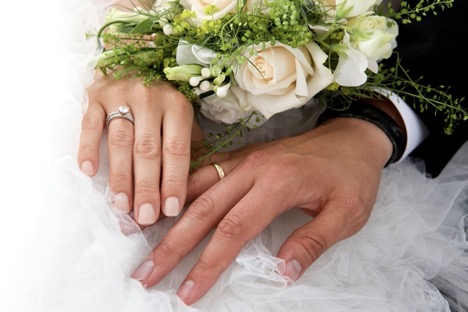 (Part 5 in a series on sexual apologetics)

What is the state of marriage in Western society? How did we get there? What are the implications for the worldwide body of believers?

We began this series in June discussing a report from a study committee of the Presbyterian Church in America calling for a Biblically based and scientifically valid sexual apologetic. Across a vast range of hot-button issues, beliefs about human sexuality create the greatest divide between Christianity and the secular community. Within the church there is persuasive evidence that sexual issues are a major contributing factor to declining church participation and membership. Let’s turn our attention now to the issue of marriage.

Around the world, the institution of marriage is in decline. A tiny sample of the immense dataset offers a reasonable picture. In 1970, 89% of American males had been married by age 35. By 2010, that number had dropped to 64%. Among women, in 1970 88% had been married by age 29, down to 51% in 2010. In the US currently, 42 out of 100 new marriages end in divorce. [Because some divorce and remarry multiple times, the odds of a first marriage succeeding are significantly better than 58%]. The mean age of first marriage is rising around the world and is now over 30 in many European states. Accompanying this sea change has been a worldwide decline in fertility, now below replacement levels across most of Asia and Europe, and more recently the US as well.

Is the drop in marriages a temporary disturbance due to increasing age of first marriage, or is marriage in permanent decline? The first would be a tempo effect. Perhaps marriage rates will return to normal once the age at first marriage stops rising. The second would be a quantum change in how civilization views marriage. Which is true?

“It’s quantum,” says Mark Regnerus, Professor of Sociology at the University of Texas. In his new book The Future of Christian Marriage, Dr. Regnerus expands upon his previous work, and reports the results of a years-long study of Christian marriage in seven nations: Lebanon, Mexico, Nigeria, Poland, Russia, Spain, and the United States. [1] While regional cultural differences still exist, there is an increasing trend toward a worldwide monoculture concerning marriage and sexuality that is ultimately detrimental to human flourishing in general, and the welfare of the church in particular.

Throughout most of history, couples tended to marry young and to proceed in building a life together. With only slight exaggeration, one could say it was the admission ticket to adulthood. Couples who married in their late teens/early 20’s (i.e., most) would complete their education, settle in their chosen location, buy a house, and raise children together. They would establish careers together, though far fewer women undertook one. This might be considered the “foundation view” of marriage.

In recent decades we have undergone a paradigm shift in how individuals across generations perceive the nature of the institution. The prevailing assumption now is that marriage is better postponed until education is complete, a career is established, and economic security is assured. Rather than the foundation of a life together, marriage is seen as a “capstone” gracing an edifice of individual achievement. “Marriage has become a trophy” wrote sociologist Andrew Cherlin in The Atlantic (2018).

To understand more fully why marriage is in decline, we must understand the forces that promote or undermine it. It’s a subject in which everyone has an opinion, but few have ever given much thought. Some, however, have spent careers studying its dynamics. In his landmark 1973 paper in the Journal of Political Economy, Nobel prize-winning economist Gary Becker introduced the concept of a “marriage market”. When each partner brought something to the relationship that the other lacked, both stood to benefit from partnering. Traditionally, the male brought a stable income while the female managed the household and cared for the children.

The traditional model has been turned upside down. In American higher education, females have outnumbered males for some time now, making it much more difficult for a woman to find a mate of comparable academic attainment. It has become the norm for single women throughout much of the globe to complete their education, establish careers, and achieve economic independence before marrying.

What impact does this have on marriage? The impact is profound, but to fully appreciate the impact it helps to understand the essential message of Regnerus’s prior opus, Cheap Sex. One can frame the current equilibrium as two “markets”: a market for marriage, dominated by women, and a market for sex, dominated by men.

By and large, most women still desire to marry. Their reasons, however, have changed. Whereas in the past women might have sought marriage for economic security (now rendered optional) or to bear and raise children (where marriage is increasingly optional), they now seek it for companionship. Women have always sought companionship in marriage, but with the other needs already met, they can afford to be more choosy. When women can be choosy, the “price” of marriage, if you’re a man, goes up. When marriage is treated as a “capstone” of educational and economic achievement, the price goes up considerably.

Most men also want to marry, just not as strongly as women. In the past men sought marriage for many reasons: social acceptance, companionship, having children, and help with household duties, but for many access to regular sex was a powerful driving factor. Sex also has a market, according to the theory of “sexual economics” introduced by Baumeister in 2004. Men dominate the “demand side” for sex, while women – having much more at stake and a weaker sex drive, are the “gatekeepers”. This has been more or less constant throughout history. The “cost” of sex can be measured by the ease with which it is obtained. At the risk of being too obvious, sex has become very easy to obtain for a large number of men (certainly not all). The cost has been driven downward by cheap and effective contraception, lower expectations from females, changing attitudes toward marriage, and relentless one-sided cultural messaging that frames premarital sex as normative.

Thus, over the last five decades marriage has become more “expensive” for the majority of men, while sex has become “cheaper”. Let us consider the ramifications.

The effect of these changes has been profound, and losers vastly outnumber winners. Women have gained much in the economic arena, to be sure. Despite that, there has been a measurable decline in women’s happiness over the last 40 years. Women are less likely to get married, less likely to marry “well”, and less likely to stay married whether they wish to or not. A later age at first marriage directly contributes to reduced fertility. Cohabiting relationships disadvantage women, as such arrangements demand sacrifice without commitment and are inherently less stable.

Men suffer too, though in different ways. Ironically, some who may desire to marry are less able because women can be more particular. That may seem fine if he has significant moral deficiencies or serious mental health issues, but less fine if he’s simply low on the economic or educational ladders. For other men – certainly not all – the requirement of marriage as a prerequisite to sex is the incentive they need to work hard and succeed. In the case of many males, cheap sex enables a state of acedia and underachievement:

“Giving young men easy access to abundant sexual satisfaction deprives society of one of its ways to motivate them to contribute valuable achievements to the culture.” (Baumeister, 2012)

An epidemic of loneliness among both men and women has swept across most of the developed world, and the decline of marriage is a major cause. It’s not merely the lack of a mate; it’s also the loss of the sons and daughters, brothers and sisters, aunts, uncles, and cousins who provided so much social support in prior generations but today will never be born.

The new sexual marketplace is detrimental to the work and ministry of the church, as sexually active singles are far less likely to profess, to attend, or to support:

“When people decide that historically normative Christianity is wrong about sex, they typically don’t find a church that endorses their liberal views. They quit going to church altogether.”

This is not to suggest there are no winners. Sadly, the decisive champions of the new sexual arena are attractive, extroverted, confident, powerful, and predatory males – who reliably serve up a new nationwide scandal on an almost weekly basis.

In Chapter 6, Revitalizing Christian Marriage, Regnerus offers a number of prescriptions for pastors and leaders that the Church would do well to consider. For instance:

With a worldwide trend toward unmarried cohabitation and the legally-sanctioned caricature called “gay marriage”, churches must decide how to respond when participants in such relationships seek active involvement. In this context, Regnerus introduces us to “moral communities theory”. In effect, this theory proposes that it is easier to keep one’s own behavior in check when one’s principles are shared by the broader community. Whether an illicit sexual relationship is public or private may make little difference from a theological perspective, but from a social perspective it makes a tangible difference:

“Living with someone you aren’t married to but are in a sexual relationship with is by definition public…. [thus] publicly corrosive to the conduct of fellow believers.”

With respect to same-sex marriage, Christians have not merely a right but a duty to uphold historic doctrine that any sex outside of heterosexual monogamy is immoral and in violation of natural law; hence the “married” same-sex couple by definition represents a publicly illicit relationship.

The dysfunctional anti-values of the sexual revolution deprive vast human populations of their best hope for success and happiness, and the global Christian community is not exempt. For the church to respond effectively requires more than reading a couple of books, sponsoring an occasional seminar, or issuing denominational pronouncements. Consider how pervasive is the propaganda machine of secularism, how much leisure time is invested in television, video, and social media. Every video, movie and television series, every online encounter communicates and reinforces a message that it is mostly detrimental. The crisis demands a vigorous, concerted, and intentional response from the global church. Are you prepared to take a stand for truth?