Home / Sacrificing science on the altar of transgenderism 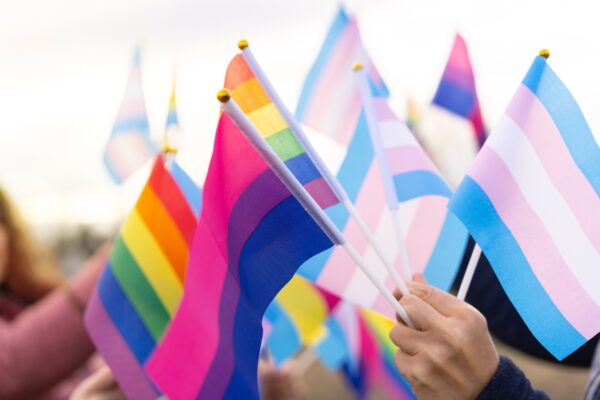 As far back as data exists, the universal experience has been that transgenderism was an extraordinarily rare occurrence, especially among females.

The past decade, however, witnessed an unprecedented increase in the numbers of young people identifying as transgender and seeking to transition. The surge was particularly striking among young adolescent females who were heavy users of social media but had no prior history of gender dysphoria. Something seemed amiss.

Lisa Littman ignited a firestorm with her 2018 report on PLOS, “Parent reports of adolescents and young adults perceived to show signs of a rapid onset of gender dysphoria.” Littman hypothesized that a large number of previously well-adapted adolescent females were being swept up in a social contagion, leading to an incorrect diagnosis of gender dysphoria, with “treatment” risking irreversible harm to their minds, their bodies, and their futures.

This was soon followed by demands from activists to remove or retract the article. Following an “unprecedented post-publication review”, PLOS refused to back down. After minor revisions, the article was republished in March 2019, its conclusions intact.

Littman’s hypothesis was supported more fully by Abigail Shrier’s 2020 book, “Irreversible Damage: the Transgender Craze Seducing Our Daughters”. Shrier, a Jewish lawyer from Los Angeles, hardly fits the mold of right-wing culture warrior. In her book, she relates the heartbreaking stories of young women struggling with their bodies and identities, plunging into the dark abyss of [anti]social media deception, caroming into a system that aggressively promotes and encourages gender transition in the service of a political agenda with little regard for the welfare of its charges.

The website “Science-Based Medicine”, founded and still run by neurologist Steven P. Novella, had previously established a reputation for integrity in fact-checking claims in the medical arena. Its banner lists five living editors. Two are retired (Mark Crislip and Kimball Atwood); one founding editor (Wally Sampson) is deceased. One of its more prolific and respected contributors/editors is Harriett Hall, MD, and on June 15, 2021, Hall posted a favorable review of Irreversible Damage. Another firestorm ensued. Hall’s review was removed from their website (still available here) and Science-based Medicine (SBM) proceeded to run a series of articles attacking Shrier, her book, the evidence, and anyone remotely connected. The series, in order, consisted of:

Enter Jesse Singal, an independent journalist who has followed the topic closely from the beginning. His early essay on the subject, “When children say they’re trans”, was published in the July 2018 issue of The Atlantic. In his Atlantic article, Singal was generally supportive and sympathetic toward the transgender experience but expressed deep concern (shared by many professionals) over the woefully deficient science and dire implications of inflicting unproven and risky hormonal treatments on children. Singal was quite familiar with SBM, and on his Substack page proceeded to painstakingly critique SBM’s hit pieces on Abigail Shrier:

Singal meticulously tracked down every citation used to support SBM’s critiques, exposing a consistent pattern of misunderstanding, misrepresentation, and deception. In some instances, their own references stated the precise opposite of what SBM writers were claiming.

The contributors to SBM then attempted to respond to Singal’s rebuttals in two articles,

In their responses to Singal, Lovell and Eckert offer no better evidence in support of their arguments and no refutation of Singal, but merely double down on their denial of science and rely on obfuscation, name-calling, and naked appeals to authorities whose objectivity and credibility is legitimately suspect. Eckert is outraged by dim-witted reactionaries who still believe that sex is binary – notwithstanding that this is a reality constrained by the XX or XY binary-ness of a fertilized zygote. Are there exceptions? Every first-year medical student knows that. They are rare, and they are universally understood as medical disorders. But what the SBM polemicists lack in substance, they make up in volume. Eckert’s last post ticks in at well over 10,000 words, counting the embedded clips and tweets.

The walls come tumbling down

But it wasn’t just Jesse Singal. SBM’s betrayal of scientific integrity was panned by Andy Lewis (“The Decline and Fall of Science-based Medicine”), Jerry Coyne, Michael Shermer, and Abigail Shrier. In his piece, Coyne pulls the rug out from under SBM writer and co-editor David Gorski by pointing out Gorski had previously voiced vigorous opposition to the use of puberty-blocking medication for any indication other than precocious puberty:

“Once again, if you’re going to propose doing something as radical as shutting down steroid hormone synthesis in children, you’d better have damned good evidence to justify it …”

So, was there “damned good evidence” to support the administration of puberty blockers to children and young adolescents with gender dysphoria? Not according to the British Medical Journal, the UK National Institute of Health and Care Excellence (NICE), or the Society for Evidence-Based Gender Medicine.

In the ongoing saga, a founding editor of SBM issued a public letter to the two managing editors, Steven Novella and David Gorski, criticizing its abandonment of “science-based” medicine:

In Irreversible Damage, Shrier never contested the existence of gender dysphoria presenting in childhood or the legitimacy of gender transitioning in general. Her work specifically and narrowly focused on a subset of adolescent females with normal preadolescent psychohistories. Rather than addressing this specific concern, the SBM contributors treated it as an attack on the broader transgender “movement”, but in so doing exposed the vacuity of the entire paradigm.

At the crux of the controversy is how one should manage children with gender dysphoria. The traditional, accepted treatment is described as “watchful waiting”, because a solid majority embrace their biological sex by late adolescence or adulthood. But activists and their medical enablers insist on “gender affirmation” for all comers, which in practical terms means anything and everything (right up to surgery and permanent sterilization) to actualize their psychological inclination, with or without parental consent. In 2018, the American Academy of Pediatrics officially took the side of gender affirmation. A blistering rebuttal by James Cantor of the Toronto Sexuality Centre exposed that the AAP position not only lacked evidentiary support, but every study to date (there were 11) confirmed that most children with gender dysphoria eventually experience permanent remission.

Increasingly, an antiscientific transgender narrative is being forced upon an unwilling public. It is far beyond the scope of this column to attempt a comprehensive critique. The core premise, though, is not scientific but ideological. On what empirical grounds may one establish that “a woman in a man’s body” (or vice versa) actually exists? The claim is untestable, unprovable, and unfalsifiable. And how could the subject even know? No one born male has ever known what it feels like to be a woman, and no one born female can possibly know what it feels like to be a man. Gender affirmation and revision are interventions that attempt to reify those beliefs, but they are doomed to fail. It is impossible to change the sex of a human body. The most valiant efforts offer but a crude simulacrum.

The incongruities seem to pile up. In the minds of activists, helping young children accept who they are is evil “conversion” therapy, whereas the denial of biological reality is “affirmation”. They inhabit a world where down is up and up is down.

Caught in the crossfire is the small but real number of patients who grow up with a genuine gender identity disorder. As Christians, we have an obligation before God to view each and every one as an image-bearer of inestimable worth. The position statement from the Christian and Medical Dental Association should be our guide:

“The Christian community is to be a refuge of love for all who are broken – including the sexually broken…. Though healing may be incomplete on earth, the promise of complete healing for those who are in Christ will ultimately be fulfilled in heaven.”

While I have not dwelt upon the long-term harms inflicted by gender affirmation upon young people, they are very real, very tragic, and may lead to a lifetime of regret. It can be very challenging to oppose deception while maintaining compassion for the deceived, but such is the nature of our calling. The forces of deception (Ephesians 6:12) are indeed powerful, but God is greater still.