Home / Victims of the sexual revolution. 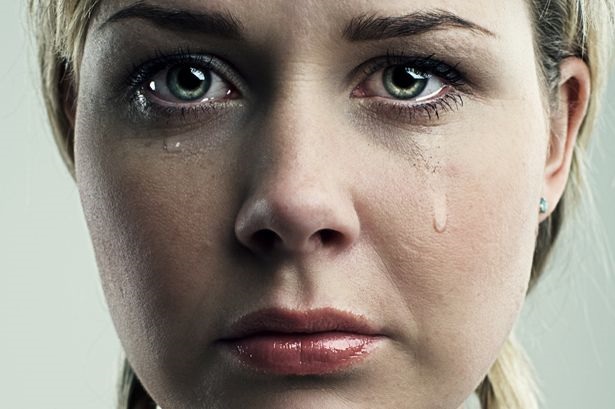 After millennia in which universal, heterosexual marriage and childbearing was the normative standard for human sexual activity, a counter-narrative swept the Western world in the mid-20th century. Like Godzilla from the ocean depths, the dragon wrought havoc and mayhem, not on the skyscrapers of Tokyo, but on that fragile social compact governing human sexuality which promoted the security and well-being of men, women, children, and societies.

According to the counter-narrative, sex was healthy, fun, harmless, liberating, and devoid of consequence beyond the momentary pleasure it afforded. (The “consequence-free” part, of course, was enabled by cheap and effective contraception). It promised a pathway to human flourishing superior to the old repressive, puritanical, neurosis-inducing schema of our forebears. What it delivered was open season for sexual predators and millions of innocent victims.

The National Sexual Violence Research Center concludes one in five American women have been the victims of rape or attempted rape – and about one in forty men. Over 40% of female rape victims suffered their first attack before age 18.

A review by London’s Centre of Expertise on Child Sexual Abuse reports that the minimum overall incidence of child sexual abuse across western nations is 15-20% for girls and 7-8% for boys.

According to the International Labour Organization, worldwide sex trafficking enslaves almost five million adults and children annually, 99% of them female.

The torrent of scandals and exposés has been depressingly consistent. The Catholic church abuse scandal involved thousands of perpetrators and tens of thousands of victims, over 80% male. Over 12,000 boys were victimized as participants in the Boy Scouts of America (BSA) – and that is according to the BSA’s own records. Over five thousand perpetrators within the BSA were identified by the LA Times in a public, online database. The scope of sexual abuse in public schools has never been investigated or documented, but reliable surveys suggest that the number of students abused by their educators number in the millions.

Is there a link between victimization and sexual revolution?

Few things are more guaranteed to provoke an uproar of protest than to assert there is a causal connection between the sexual revolution and sexual predation. For most outside the traditional Judeo-Christian tradition, the values of the sexual revolution are sacrosanct. Motivated cognition – the well-demonstrated principle that people generally believe what they want, no matter how smart or well informed they may be – runs deep in this area. And what could be more motivating than the promise of free, unconstrained sex whenever one wishes?

If a connection exists between the sexual revolution and victimization, we must study the perpetrators. In 1991 Neil Malamuth introduced the “confluence model of sexual aggression”.[1] In its original version, factors predictive of sexual aggression were divided into two broad categories, “hostile masculinity” and “sexual promiscuity”. Attributes falling into either of these categories have proven to be powerful discriminators between males who do and do not engage in sexual aggression.

“Hostile masculinity” is self-explanatory: aggressive, bullying, misogynistic behavior that Christianity has always rejected. The original category of “sexual promiscuity” was revised to “impersonal sexual orientation” (not to be confounded with “attraction.”) “Impersonal sex” can be measured using the Sociosexual Orientation Inventory.[2] This brief questionnaire consists of nine questions, such as:

Across all nine questions, the lowest possible score would conform with Christian morality, the highest and worst possible score a full-throated embrace of the sexual counter-narrative. There is no overlap or ambiguity. Research into the confluence model has confirmed that initiating sex at a younger age and multiple sex partners are predictive of sexual violence perpetration by high-school and college-age men.[3],[4]

It was no mere coincidence that child molestation, particularly of boys, spiked in the 1970’s and 1980’s. Mary Eberstadt of the Hoover Institution documented the emergence of a subculture that actively sought wider acceptance of the euphemistically termed “intergenerational sex.”[11] To be quite clear, it was mostly the boundary between men and boys that was being challenged. As reported by Ross Douthat, the epidemic of abuse in the Catholic Church coincided with the emergence of a gay subculture within Catholic seminaries and an absolute increase in the proportion of gay priests. The strong correlation between gay priests and a rise in abuse was further documented and statistically validated in the Catholic University report of 2018.[12] [Many dismiss the possibility of a connection between homosexuality and child predation. Their arguments, whatever the merit or lack thereof, cannot exclude the superimposition of a transient cultural phenomenon].

It was predicted that the sexual revolution would leave a trail of victims. This has come to pass. It has taken decades to accumulate evidence, but the verdict is in: the Sexual Revolution is founded upon a discredited ideology that is both morally and scientifically bankrupt. Christian sexual morality is the most reliable bulwark against sexual predation.

Present and future victims of the sexual revolution are never to be blamed. Many are lost souls and all are in need of compassion. God alone can change a person’s heart – not us. Like the Christians of the first century who came the defense of the poor, defenseless, and oppressed, we too must follow the example of Christ by showing mercy. Crisis pregnancy centers have saved many lives and extended compassion to the frightened and desperate. Big Brother and other mentoring programs need to be expanded to train the feral young men of our culture in principles of virtue, self-restraint, respect for women, and healthy masculinity. Robert Uttaro has written eloquently on the unrecognized need for more men to volunteer in rape crisis support. Many victimized women have never had a positive encounter with an adult male. Are you, if you are man, brave and compassionate enough to accept that challenge?

The sexual apologetic must begin at home. Young Christians are succumbing to the grand deception on an unprecedented scale, many abandoning their faith in the process.

Society must be persuaded that we are in this battle because we care, and that we have their well-being at heart. Every one of us struggles with temptation and we often fail, so humility, as always, would be a very good place to begin.