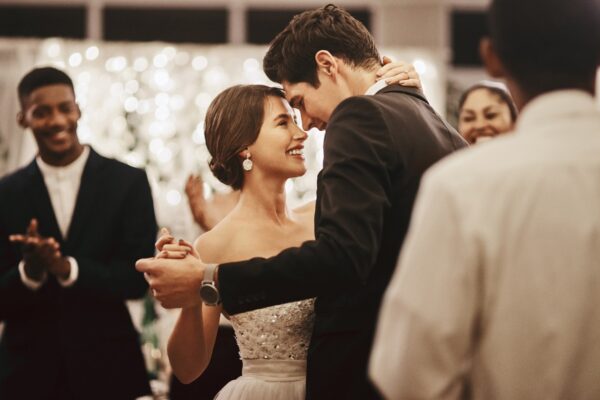 In the previous installment, we explained what we mean by “sexual revolution” and examined the first two prevailing myths that dominate the contemporary cultural narrative:

Today we continue our series with myths three, four, and five.

Myth #3: “Marriage is just a piece of paper”

This works like an ace of spades for men in cohabiting relationships who want to justify not marrying their partner. Most women, on the other hand, are not quite so thrilled with this line.

But suppose, for a moment, it’s true. Are there really no differences between married couples and cohabiting couples?

Well as you may suspect, the data shows otherwise. If it didn’t I wouldn’t have this on my list.

Years of data on this were summarized in The Case for Marriage by Linda Waite and Maggie Gallagher. It was written around the turn of the millennium so it’s over 20 years old, but the data has held up and continues to strengthen. Linda Waite is a sociologist with the University of Chicago who studied marriage over many decades.

Even by then there was a wealth of data on the differences between cohabiting relationships and marriage. Couples who were married exhibited much higher levels of commitment to one another both in their personal lives and specifically in the area of sex. They were more focused on the life of their partner and more concerned with their partners interest.

Married people, especially women, are safer and at lower risk of abuse or violent death. This even extends to death from illness. Married men enjoy a significantly greater life expectancy. And of course, married couples are consistently more financially secure.

So it turns out that cohabitation is substantially inferior to marriage across a wide range of parameters. It’s a whole lot more than a piece of paper. Throughout history, most people understood that.

Myth #4: “The Sexual Revolution Was a Boon for Women.”

How do they support this? Well the claim is that it enabled women to pursue rich lives and fulfilling careers, without the “burdens” of domestic responsibility and early motherhood. Even better, women were free to have sex whenever and with whomever they choose, just like men. Of course, I’m being sarcastic. There’s little evidence that’s what most women want, but I can’t speak for them.

Of course, to advance this argument they must assume that financial and legal equality with men was part and parcel of the sexual revolution, but that is an equivocation fallacy. There was never any moral argument against legal equality for women, and support for this principle was widespread across western society. This is what we classify under the term first-wave feminism. The sexual revolution fell under the category of second-wave feminism. That was not a natural progression, but a paradigm shift.

While women are doing much better in measures like sports or business or college graduation rates, happiness has not come as part of the package. In fact, researchers have documented a decline in women’s happiness. In 2009, the  American Economic Journal published “The Paradox of Declining Female Happiness” by Stevenson, Betsey, and Wolfers.

They found that over a span of 35 years, women’s happiness declined both in absolute terms and relative to men throughout the industrialized world. So why did they call it a “paradox”? Because everyone took it for granted that there was no downside to the sexual revolution, and that happiness derives from money and power.

Let’s visualize this data in a couple of charts.

In this graphic from the Institute for Family Studies, we see that the percentage of 25-50 year-olds who have never been married [dark blue] has risen from 9% in 1970 to a whopping 35% today. The number currently married [green] has dropped from nearly 90% to barely over 50%.

What this chart doesn’t show is that there is a strong economic component to this. The percentage of high-income adults who’ve never married is in the low 20s, but the percentage of low-income adults who’ve never married is over 40%. There are many aspects to this. Mark Regnerus has studied this extensively and published a series of major books with Oxford University. In his work, he describes how while sex has become cheap, marriage is now very expensive. When he says marriage has become “expensive,” he means not just economically, but in the expectations of society and of potential partners.

Because women are marrying later, and less likely ever to be married, they are having fewer children than they would like. You can see in this chart – based on data from the general social survey – that there is a significant gap between the number of children women say they want to have [top line] and the number of children they probably will have [bottom line]. In fact, the gap is presently the highest it has been in 40 years.

Even by the beginning of this timeline, the fertility rate was already low. This chart doesn’t show the dramatic plunge in fertility from 1960 to 1975, after abortion and the Pill became widely available. For much of the last 40 years birth rates have been below replacement levels. It wasn’t just abortion and the Pill. Along with the sexual revolution came declining marriage rates, and a culturally-sanctioned narcissism that encourages a perpetual adolescence incompatible with parenthood.

Now people can believe whatever they want, but the reality is that having children remains a high priority for most women and pretty foundational to their long-term happiness. Not all of them realize it, and it need not be true for all women.

So just based on this brief overview, we can see that the sexual revolution hasn’t exactly been all wine and roses for women in western society. But that’s just half the story. Men aren’t doing so great either, but that’s another story for another day.

Myth #5: “Chastity and Monogamy are Oppressive”

If you guessed that this had echoes of Sigmund Freud, you’d be guessing correctly. They say that “when your only tool is a hammer, the whole world is a nail.” For Sigmund Freud, sex was his hammer. He attributed all kinds of psychiatric disorders, real and imagined, to what he called “repressed sexuality.” As you may know, although Freud had some good insights into the human subconscious, most of his work was complete bunk. He didn’t “do research” so much as he simply made things up, and his speculations have not held up well in the past 50 years.

Well, people really don’t read Freud, but they do watch TV and go to movies. And inevitably the narrative follows the same pattern. Characters committed to chastity or monogamy are repressed, judgmental, boring, and generally dysfunctional. Or they’re hypocrites and closet libertines. (Not that that hasn’t happened, of course). Producers and writers love to pretend that sex is harmless and healthy; that the sex drive should never be suppressed. In this series I’ve already given a few good reasons why maybe it ought to be suppressed, and there are more on the way.

But let’s treat that myth as a hypothesis and go with it. What are the alternatives to monogamy and chastity?

Well, basically you’re left with free unconstrained sex and the elimination of marriage. It’s not as if this hasn’t been tried before. It was partially operational in imperial Rome, at least if you were a male member of the ruling class.

In the immediate aftermath of the Russian revolution, radicals sought to abolish marriage and the nuclear family and set out to do exactly that. There was a resulting explosion in sexually transmitted diseases, abortion, and rape. The experiment was a disaster and was quickly brought to a halt.

But when marriage and monogamy are really examined, they turn out pretty well. The research consistently shows that married people are happier, healthier, and even enjoy better sex lives. Social groups with a high percentage of married couples and intact nuclear families are more stable with lower crime rates, higher employment, and greater prosperity.

In his scholarly work, From Shame to Sin, Kyle Harper – a professor of classics at the University of Oklahoma – described how things worked in first century Rome. Male aristocrats ruled the roost. Upper-class women had some property rights. Any women further down, which was most of them, had no rights, including the right not to be raped by their owners or another powerful male. Christianity didn’t impose the “patriarchy.” It invaded the patriarchy and overturned it.

As shocking as this may sound to 21st century sensibilities, sex is not necessary to survival. Its only essential role is the propagation of the species. No one ever died from lack of sex. Millions have died because of it.