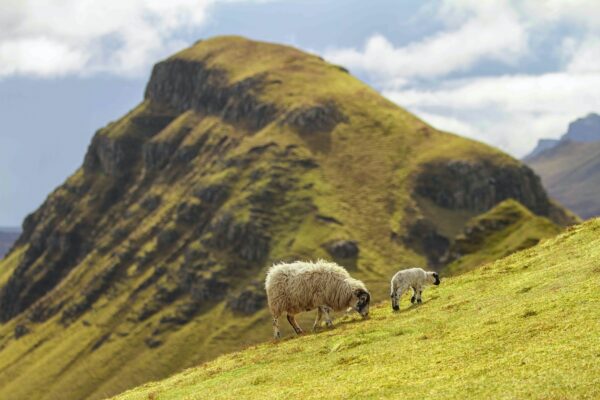 How do we, as followers of Christ, engage the secular world?

This is no simple question, as the situations and circumstances are nearly infinite in possibility.

Since St. Augustine penned “The City of God,” there has been a general understanding that Jesus did not come to establish an earthly dominion. One might argue there have been “Christian nations” in a particular sense, but through most of Western history, church and state have always been separate power bases in an uneasy tension. Sometimes the church was on the ascendancy, as when Pope Gregory VII excommunicated emperor Henry IV (1050-1106) over the investiture controversy. You may have heard the story about how Henry stood three days barefoot in the snow to beg forgiveness. This feeds the popular myth of an all-powerful Catholic church embraced by many secularists. Less well known is that three years later, after his second excommunication, Henry IV led his armies against Rome, forcibly deposing Gregory VII and putting his own man in charge. So much for the “all-powerful” church. Power is fleeting, even for Emperors and Popes.

Over two millennia, followers of Christ have transformed the world, and today we live in a wealthier, kinder, fairer, and freer state than could ever have been imagined by a commoner or slave in ancient Rome. Yet almost none of that was accomplished through seizing the reigns of earthly power. The transformation has been nearly always from the bottom up. This is the historical truth, and it is Biblical. Transformation has come through changing hearts and changing cultures.

The lure of power

We all desire to see the whole world living in obedience to God – not for our own sake, but everyone’s. It is the culmination of Biblical teleology and is affirmed in Jesus’s extensive teaching about the coming “Kingdom of God.” To achieve this in the here and now, it’s pretty fair to say there are only two ways people will cooperate: voluntarily or involuntarily. The first is the way of persuasion, the second the way of coercion.

The dichotomy of persuasion versus coercion carries over into the political realm. Both may be operational. We may vote for candidates who share our moral values and promise to support them, because that’s the essence of democracy. That is how persuasion works. However, we may also hope that our candidate, if elected, might use the force of office to impose our ideals upon the rest of society. That would be coercion. This isn’t unique to any group; it’s universal across the political spectrum. And most laws are ultimately coercive; there’s no getting around that.

According to Scripture, we should be wary of using secular power to advance the Kingdom of God. From the Garden of Eden, where Satan promised “ye shall be like Gods” to the wilderness temptation of Christ, where Satan offered dominion over the whole earth, we see consistent warnings against trusting in earthly power to bring about the will of God.

Some trust in chariots, and some in horses; But we will remember the name of the Lord our God.

‘Not by might nor by power, but by My Spirit,’ Says the Lord of hosts.

The lesson of Scripture ought to be that whenever someone shows up promising us power, we should run for the hills. But many of our brothers and sisters find it hard to resist.

It is a common human tendency to vastly overestimate our ability to control events. So common it is that it has a name – “the control illusion.” It is fueled by a particular aspect of pride – the conceit that we are more powerful than we really are.

The main problem with the control illusion is not that it’s merely untrue. The real problem is that if it were genuinely true, we’d bear responsibility for the results. That sense of responsibility clashes with awareness of our true inadequacy, resulting in perpetual fear and anxiety, or worse, engendering an “ends justify the means” mindset.

Scripture shows us a better way.

The sovereignty of God

The absolute sovereignty of God over world affairs is famously expressed in the Westminster Confession:

God from all eternity did by the most and holy counsel of His own will, freely and unchangeably ordain whatsoever comes to pass; yet so as thereby neither is God the author of sin; nor is violence offered to the will of the creatures, nor is the liberty or contingency of second causes taken away, but rather established.

But this is not a doctrine unique to Calvinism. According to theologian Ken Keathley, “All orthodox Christians, across the theological spectrum, affirm that God has an eternal plan and purpose and that he will accomplish his will with precision and success.” [Personal communication]

This is particularly so concerning earthly rulers:

“Jesus answered [to Pontius Pilate], “You could have no power at all against Me unless it had been given you from above.”

“In order that the living may know That the Most High rules in the kingdom of men, Gives it to whomever He will, And sets over it the lowest of men.”

Rulers rise and fall, elections come and go. No one disputes that our personal agency matters. But every world leader is in place only according to the sovereign will of God. As we witnessed in recent history through the collapse of western communism, they may appear invincible one day and be gone the next.

The sovereignty of God is a factor that more pessimistic commentators like Rod Dreher (The Benedict Option, Live Not By Lies) afford little consideration. There is nothing remotely inevitable in current trends toward secularism, and the public in past centuries may have been far less devout than we may imagine. Mass televised media is something the Church never faced before the middle of the 20th century, but the fading of American and Western Christianity may have more to do with failure on the part of the Church than the might of its adversaries. I don’t know what the next ten years or the next hundred years may bring, nor does anyone else. I do know that God remains in control, and that’s all I need.

The meek shall inherit the earth

There’s one more reason to distrust those peddling power: Christians don’t need power from anyone. Authentic servants of Christ already possess the most extraordinary power in the universe.

But you shall receive power when the Holy Spirit has come upon you; and you shall be witnesses to Me in Jerusalem, and in all Judea and Samaria, and to the end of the earth.”

You know the story. Born a slave, targeted for death as an infant, but protected by God, Moses grew up in the court of Pharaoh, where he accumulated great learning and power. We know this from the testimony of St. Stephen: “Moses was learned in all the wisdom of the Egyptians, and was mighty in words and deeds.” (Acts 7:22)

Then one day, Moses sees an Egyptian abusing an Israelite and dispenses vigilante-style justice, expecting to be hailed as a hero. St. Stephen informs us as to motive, “For he supposed that his brethren would have understood that God would deliver them by his hand.” To the dismay of Moses, his people were not in the least impressed. On the verge of being ratted out, he fled for his life to Midian. Here’s a question for you: What does God NOT say?

“Strong are you, Moses, but you must learn to control your power. Go you must to the land of Dagobah, where you will be trained in the ways of the Ju-di by Master Yoda-stein.”

If George Lucas had composed the narrative, that’s exactly how it would play out. That’s how things roll in virtually every popular film. We’ve seen and heard it so many times it’s imprinted upon our subconscious. But that’s not what happened, was it?

“Moses, I’m sending you to herd sheep in Nowheresville for 40 years. There you will learn that it’s not about you.”

So, Moses returns to face the most powerful ruler of the known world as the humblest man on the face of the earth – and prevails. (Numbers 12:3) What sort of leaders do we gravitate toward? The brash and arrogant vigilante Moses, or the humble, self-effacing, and patient servant Moses?

Two thousand years ago, another baby was born under the humblest of circumstances in the remote hinterlands of the Roman Empire. You know the rest. That’s how God works.

Too many of us live in fear, pessimistic about the future and what it holds. But if you read and believe the Bible, you should know how it ends. God wins. Every time.

The ones who should be terrified are those living in pride and disobedience. There is no possible scenario under which the enemies of Christ prevail. For any and all who stand against God, it’s like the Joshua AI told Dr. Falken at the climax of “War Games”: “the only winning move is not to play.”