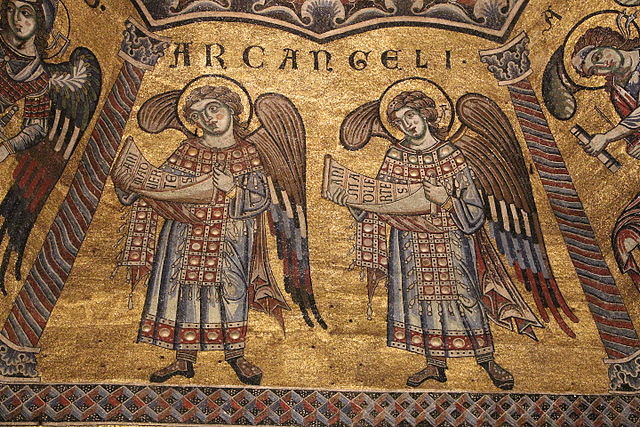 “There are two equal and opposite errors into which our race can fall about the devils. One is to disbelieve in their existence. The other is to believe, and to feel an excessive and unhealthy interest in them.”

I almost thought I’d figured it all out. The whole belief thing, that is: why people believe the things they do.

Humans aren’t rational; I got that. The Bible has been telling us that for at least 3000 years. In recent decades, cognitive and social psychology put the final nail on that coffin, exposing human folly for all the world to behold. Humans are believing machines, disposed to accept almost anything – no matter how foolish – if it comes wrapped in a persuasive package. Our natural inclination is to trust people, and that’s a feature, not a bug. Without trust, societies cannot function.

Beliefs are like sausages. While we all think our beliefs are products of facts, reason, and experience, non-rational factors like social influences, tradition, self-interest, and emotions are far more powerful.

But something was still missing. What I belatedly came to realize is that there is a supernatural element to the insanity that surrounds us. A demonic influence. I now understand that Uncle Screwtape and his colleagues have been hard at work, and the followers of Jesus should beware.

It is the clear teaching of Scripture that dark spiritual forces have great power in this world.

As I’ve surveyed current teaching in this area, I’ve encountered some common themes. Some people emphasize the dramatic and supernatural. Others focus on how the forces of darkness sow doubt and discouragement or tempt us to sin (usually meaning sexual – many Christians seem quite OK with pride, envy, or sloth).

Plenty will talk of demon possessions, infestations, exorcisms, and other supernatural manifestations of evil. I stand with the historic teaching of the church in believing those are real. I also believe they are extremely rare. Why should the evil ones expend the effort, when much more ordinary means are so powerfully effective? What gets rarely considered is so mundane it’s virtually invisible.

The primary weapon at the disposal of Satan and his legions is the power to deceive and manipulate.

Satan is the great deceiver (Revelation 12:9). Now, we should stipulate that not all demonic deception need be the work of one particular being. C. S. Lewis’s somewhat whimsical portrayal of a vast bureaucracy staffed by senior demons and interns shouldn’t be taken too literally, but is faithful enough.

It may not sound so threatening, but deceit is the ultimate weapon of mass destruction. It was all the tempter in the garden needed to instigate the fall of humanity. In Chapter 20 of Revelation, deception is thrice declared the primary activity of Satan. Paul specifically warned the Corinthians that Satan and his team would look, act, and talk like ministers of the truth:

“And no wonder! For Satan himself transforms himself into an angel of light. Therefore it is no great thing if his ministers also transform themselves into ministers of righteousness, whose end will be according to their works”.

What power do they wield?

In Scripture, there are many ways that the demonic can influence particular individuals:

In these Biblical examples, nothing in the outward appearance would cause one to suspect the supernatural. There was no levitation, strange voices, or spinning heads. The behavior and actions were quite ordinary. Without the omniscient narrator, no one would likely suspect Satan was pulling the strings.

What are their techniques?

In his attempt to corrupt Jesus, Satan proved quite adept in his command of Scripture. In point of fact, he embraced a very literal interpretation of selected verses. This should be a warning to us all.

In his first epistle to the Corinthians, Paul offered an explicit warning that sexual temptation was another weapon in Satan’s arsenal:


Do not deprive one another except with consent for a time, that you may give yourselves to fasting and prayer; and come together again so that Satan does not tempt you because of your lack of self-control.

If Satan is the great deceiver and the father of lies, then that must include the direct propagation of falsehood. He doesn’t even have to be the source. Humans are pretty good at erring without his aid. It is the spread of disinformation that inflicts the greatest harm, and Satan has many tools at his disposal, including one new to history. In this age of the internet, a single user anywhere on the planet commands a potential audience of almost 5 billion people. Social media employ complicated algorithms specifically designed to stimulate our interest, tell us what we want to hear, and ensure we are in the company of like-minded individuals. If some other force could override the algorithm, who would ever know? Never in history has there been greater potential to deceive on a mass scale.

Satan takes advantage of our pride – our weakest spot. There is no point at which we are more easily seduced than in our pride. Defined by Edwards as “thinking more highly” of ourselves than we ought, pride is that tendency to believe we are better, smarter, more powerful, and more important than we are – and it is universal. It was his appeal to pride that seduced Adam and Eve. We naturally want to feel righteous – but we shouldn’t. The prouder a man, the more vulnerable he is to demonic deception. The humbler he is, the more resistant. It’s really that simple.

What are their objectives?

We get that Satan attacks individual believers with temptation, discouragement, and doubt. But this ignores broader and more strategic objectives. He aims to impede the advance of God’s Kingdom on earth. This can be achieved by incapacitating God’s people through deception, division, and sin. Yet it goes beyond that. Because the demonic realm hates humanity, their intention is to inflict as much misery as they are able. In this, they are limited only by God’s restraining hand. In God’s mercy, death is offered as the ultimate and final relief from demonic oppression.

Because God’s plan for reclaiming the earth from the dominion of Satan is through His elect, God’s people are special targets for demonic attack. Anything that impedes the Church accomplishes their goal. This they attempt by turning people away from Christ, sowing discord, promoting false teaching, and luring believers into compromising their reputation intellectually or morally.

What are the signs?

If we expect to see supernatural manifestations, we will almost never recognize demonic deception. [“Wouldn’t that kinda give it away?” – the Spaniel] This, of course, presents a problem, because how then can we really know? Maybe we can’t know for certain. However, when we witnessthe following, we should seriously consider the involvement of dark spiritual forces:

Any of these sound familiar? Implicit in the “spiritual warfare” passage of Ephesians 6:12-18 is the principle that demonic forces are behind most of the evil we encounter in this world. How can we recognize its presence? By its fruits.

Is Satan a liberal?

Demonic does not equal liberal. The biblical accounts of Jesus’s engagements with the Pharisees offer a revealing and sobering account of Satanic deception. In the popular construct, Satan tempts us to disregard the law of God, indulge in wanton pleasures, mock Scripture, and have no regard for the opinions of “religious” people. While all of those serve his purposes quite adequately, he’s indifferent regarding what direction we err. After all, what sort of wayward thoughts are more likely to take root in the devout?

The Pharisees were hyper-religious, scrupulously moral, sanctimonious, and highly concerned with appearances. Far from denying the word of God, they were famous for their rigid, hyper-literal interpretations of God’s word, strict conformity to the Mosaic law, and ostentatious displays of religiosity, with tragic indifference to the virtues of grace, love, kindness, and humility. Jesus called them the children of Satan. There is no shortage of such persons in Christian history, or in the Christian present.

The deceived – which means all of us at some time or other – are not inherently bad people. The Pharisees hoped and believed that if Israel were to perfectly honor the law of God, that the sovereignty of Israel would be restored. While their greatest failure was pride, another of their errors was to emphasize worldly power over faith and virtue. Like Peter, they merely wanted to “Make Israel Great Again”.

What are we to do?