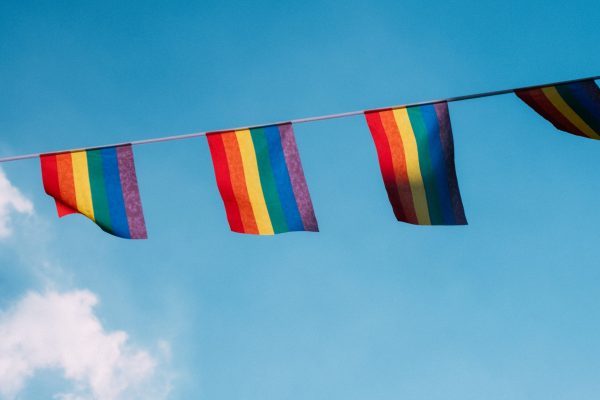 This week we conclude the series with a consideration of homosexuality and transgenderism. This is a highly sensitive subject and for better or worse, LGBTQ issues have consumed most of the oxygen over the last 30 years. Unfortunately, for many conservatives, it has been an exclusive area of focus that distracts from the sexual behavior of the overwhelming majority.

Myth #9: “There is no meaningful difference between homosexuality and heterosexuality”

What do we mean here?

We mean the narrative that they’re socially, biologically, and morally equivalent, like height, or hair color, or right versus left-handedness. Even something to be celebrated, as with every news release about someone “coming out” or the first gay [fill-in-the-blank].

Now, it’s hard to know how many people seriously believe this – probably a lot. I think it’s fair to say that it’s a foundational assumption in Western pop culture.

Considering that homosexuals are regularly portrayed as helpless and powerless victims – and they have at times been really badly treated – there’s a lot of sympathy going in their direction. Some people really WANT it to be true.

I’m going to pass on the moral judgments. What are the basic differences from a social, medical and biological standpoint?

To be clear, even though we lump them in the same category there are big differences between male and female homosexuality: in psychology, plasticity, and sexual behaviors. Mostly, I’m just going to talk about male homosexuality.

To start with, it’s pretty obvious that male  homosexuals do not engage in what could be considered safe and healthy physiologic sexual intercourse. The “preferred alternative” is fundamentally dangerous from a medical standpoint. The rectal  wall is much thinner and less elastic, lacks the immune defenses of a woman’s vagina, harbors dangerous pathogens, and ends in a sphincter which is essential to proper functioning but an impediment to misuse. (Some will object that heterosexuals engage in the practice, too – and they are correct. It’s still dangerous).

But another contributing factor to the much higher rate of sexually transmitted diseases is that gay men have more partners than their heterosexual counterparts. Often, many more.

Now, it would premature to conclude from this that homosexuals have a higher sex drive. In fact, this discrepancy would be predicted according to the theory of sexual economics advanced by Baumeister and Regnerus. While in heterosexual encounters females act as gatekeepers, in male-to-male relationships the gatekeeper is eliminated. There’s also a strong cultural component. During the AIDS epidemic, levels of promiscuity dropped precipitously, but in recent decades it has rebounded within the gay population, according to a 2019 paper from the CDC.

Another obvious point worth stressing is that same-sex relationships are incapable of bringing new little humans into existence. Yeah, there are workarounds, but this is done for the benefit of the adults, certainly not the children. No child should be brought into this world purposefully knowing that child won’t have either a mother or a father, but it’s happening through artificial insemination or surrogacy. Katy Faust discusses this at length, and has collected many heartbreaking stories of kids raised in these situations.

It’s well known that within the gay population both male and female there are much higher rates of depression, drug addiction, abuse, and suicide. The simplest explanation would be that it’s just a naturally unhealthy state and these are what we in the medical community would call “comorbidities.”

But there’s a competing hypothesis that blames society and those who don’t accept it. This is called the “minority stress theory” and of course is popular among those who want to deny any basic difference. This theory has been vigorously challenged. It’s certainly possible that stress is a contributing factor but there is no way it can explain all the differences and is much too simplistic. One of the most consistent principles in human psychology is that nothing ever reduces to one simple cause.

In nearly all studies, claims of discrimination were based on self-reporting or the person’s perception. More than one researcher has pointed out that male homosexuals on average exhibit much higher levels of neuroticism as a core trait, and this may mean that they are just more likely to interpret routine encounters as discrimination or abuse.

Why does all this matter? Because those who refuse to admit any basic difference are forced to come up with alternative explanations for differences that are really quite obvious.

But let’s move on to our final myth.

Well, that’s really more of a theological statement than a scientific one.
The implied claim is that if you can somehow attribute your behavior to something inborn rather than a matter of will then you shouldn’t be held morally accountable.

Of course, to get there you have to dismiss 2000 years of Christian teaching that we are all born with a sin nature yet still morally accountable , so that really doesn’t cut it.

This reminds us of an old saying from Alexander Pope, “whatever is, is right.” Pope didn’t believe that. He was satirizing people who acted as though they did.

I think it’s been pretty convincingly settled that science cannot define morality. This goes back to David Hume, who concluded that you can never derive an “ought” from an “is”.

Of course, those in medicine understand that people are born with all sorts of things that are harmful. While probably well over 50% of illness among American adults is directly related to lifestyle and fully preventable, that still leaves a lot of disease. Tay-Sachs disease is a genetic disorder, common among Ashkenazy Jews, that attacks the central nervous system. Children born with the infantile form almost never live more than five years. But they’re also “born that way.”

Now you might object that Tay-Sachs disease doesn’t have any moral or behavioral connotations, and you’d be right.

No human behavior or personality trait is exclusively linked to a genetic cause. Everything represents a mixture of nature and nurture. This principle also applies in the area of human sexuality.

Since that line has often been used by those seeking the normalization and acceptance of homosexuality, what does the science have to say? Are they born that way?

Based on twin studies and genome surveys, we can say with confidence that there’s no “gay gene.” Genetics likely plays a role, but a small one.

Like most human traits, same-sex attraction seems to be a combination of nature and nurture. We find, for instance that it’s slightly higher among identical twins, but in the vast majority of twin pairs, if one is gay the other is not. There’s a small birth order effect, in that younger male siblings are at increased risk over older ones.

But it’s also very wrong to say it’s a choice. That might have happened in isolated cases, but must be extremely rare.

Transgenderism is a whole ‘nother story. Up until 2013, a person who believed they belonged to the other sex was diagnosed as having “gender identity disorder.” That diagnosis disappeared in the DSM-5, but not because of any scientific breakthrough. It was an accommodation to the political environment.

That isn’t science. It’s sloppy metaphysics. It’s scientifically – and logically – incoherent for a biologic male to claim he’s ontologically a woman, or vice versa. This is because of the effects of sex hormones during fetal development and the early postnatal period. A young boy – even if puberty is blocked – is already 2/3 of the way to mental manhood and can never go back. You remember those male-female differences we talked about? Most present in early childhood, even infancy. Puberty is not required.

But neurobiology doesn’t cancel out human agency. Even among committed materialists, few are willing to go that far. We still have the ability to make choices. And because the brain is a very dynamic and adaptable organ, we have some control over what direction it travels.

Golf instructors love the saying that “practice doesn’t make perfect: practice makes permanent.” That’s quite true of the brain. Every time you indulge in particular thoughts or behaviors, you’re forming connections. Keep doing it and those connections grow stronger. Practice makes permanent. The reverse is also true. That’s probably why the Bible has so much to say about keeping our minds pure and focused on righteousness. Paul didn’t know any neurobiology, but God invented it.

In conclusion, when it comes to sexuality it is not Christianity that is in conflict with mainstream science. It is the prevailing cultural narrative.

These issues are complex. Those opposed to Christian morality can cherry pick data to support their own preferred narrative.

I have studied and written MUCH about biases, sound thinking, deceptive use of data, and intellectual pride. People believe all sorts of error because they want to. How do I know I’m not succumbing here?

Let me give you five reasons:

So, the myths of the sexual revolution are collapsing all around us. The tide has begun to turn. I welcome you to join the movement!