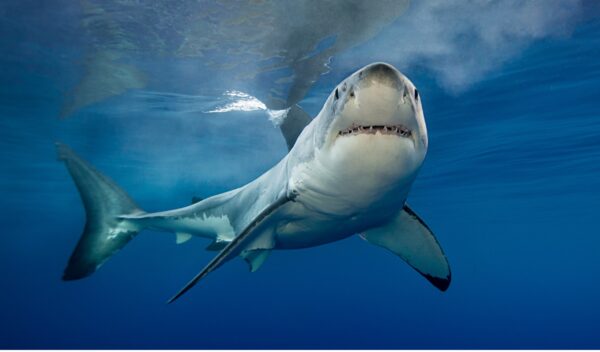 Millions upon millions every year fall victim to sexual predators. The activists of the sexual revolution don’t deny that sexual predators exist. They simply argue that their ideology is not to blame.

So how do they explain their existence?

Well, I happened to catch one of many documentaries on the Harvey Weinstein scandal. It was pretty good up until the end. The filmmaker inquired about solutions, and the prevailing answer was to get more women producers in Hollywood. It was all just a matter of unequal power.

Now, I have no problem with more female producers in Hollywood. But there still would be male producers, so you wouldn’t be eliminating the problem. Also, how does that help the 99% of victims who are not wealthy, talented, and privileged starlets? How does it help the waitresses and hotel maids? Besides all that, their victims aren’t always female.

In addition to power, they bring up the matter of consent. Well of course, consent’s pretty important. But it’s not exactly a Boolean quantity, meaning either one or zero. There are degrees of consent, and situations in which it seems very ambiguous, or contingent, or one or both partners is under the influence of mind-altering substances.

And of course there’s that perennial bête noire, what leftists term “toxic masculinity”. Well, they actually have a point there, but the error lies in equating toxic masculinity with traditional masculinity. That is another equivocation fallacy. Only a lunatic would see any connection between raping women and declining to ordain them.

But let’s keep this “toxic masculinity” on the table for a moment.

I’m sure you know about the “me too” movement. You’ve heard about the sex abuse scandals from the Boy Scouts and the Roman Catholic Church. The data shows that there was a spike in abuse cases during the 70s and 80s. Well, what’s significant about the 70s and 80s? These were the decades immediately following the sexual revolution.

If you really want to know what causes sexual predators, you need to study the predators. Well, I have good news for you. That’s been done. In 1991 Neil Malamuth developed what he called the “confluence model” of sexual predator formation. He initially identified two elements in their development. The first was misogyny, a general contempt toward women. So yeah, “toxic masculinity.” It does exist, and it’s nothing we should be defensive about. Let’s just be clear about what it is and isn’t.

The second was “casual sexual orientation.” Casual sexual orientation has nothing to do with your choice of partner. It describes one’s attitude towards sex itself: whether it is deep and meaningful, and only within a loving committed relationship, or whether it’s trivial and something to be indulged whenever the opportunity arises. (In other words, the precise opposite of the biblical position). In the ensuing decades this model has been well-validated and has become widely embraced.

It took quite some time for the third pillar to be identified.

But in the last decade, research has conclusively demonstrated that pornography is another major contributor to the development of sexual predators. Which takes us to number seven in our countdown.

In the last few decades, pornography has become ubiquitous and that’s largely because of the Internet. Conservatives have always opposed pornography because of the moral implications, and often tried to pass or preserve legislation keeping it out of the market place. Unfortunately this continued to be struck down by courts on the basis of First Amendment arguments. Intuitively we figured out it really can’t be that good for you, but it proved to be really hard showing that there was a direct connection between pornography and sexual misconduct.

This argument has been going on for a long time, but in the last 10 years the evidence for the danger of pornography has become very compelling. It might be that the early studies of pornography didn’t show that much of an impact because by current standards it was really pretty tame. The Playboy of 50 years ago has very little connection to the hard-core sort of stuff that is readily available today to your average ten-year-old with a smart phone.

Today we know a lot more about pornography, and what we know is damning.

I’ve already mentioned some of the neurobiology behind sex, and everything that I said about sex applies to pornography. You get the same dopamine effects. And that which generates dopamine can lead to addiction.

There’s a strong link between pornography consumption and male impotence. Like any other addictions, it often develops that higher and higher levels of stimulation are needed to achieve the same effect. Unfortunately for some of these people, real human females can’t compete with the intensity of arousal they get from the pornography they consume.

In the area of sexual economics, this is the cheapest sex of all. If they can gratify their sex drive this way, men needn’t expend the effort to court a woman. Some simply drop out of the marriage market altogether, skewing the odds even further against women.

From its earliest days, the pornography industry was based upon exploitation and abuse of vulnerable women. Today, it has only grown worse.

But building upon the previous myth, it is now firmly established that pornography has a causal connection to the formation of sexual predators. There is a large body of research showing that young people exposed to pornography have more lifetime sexual partners, mix alcohol and drugs with sex, engage in riskier sex, and are more likely to be sex offenders.

Here’s a book, and a website, where you can access a wealth of scientific data on the matter.

So, of the three established pillars in the formation of sexual predators, pornography and a casual attitude toward sex are fundamental elements of the sexual revolution. While on the surface it rejects misogyny, its exploitation of women has been, in practice, highly misogynistic.

These aren’t ranked in order, but to me this is the most pernicious falsehood.

“The children will be fine.” [Well if I wanted to be snarky I could add the qualifier “those children allowed to be born,” but we don’t wanna be snarky now, do we?]

Throughout the decades following the sexual revolution, many of us expressed concern about the impact upon children. The constant refrain was that children are resilient. In fact, “they will be just fine.” Well, they’re not fine.

Now there are a lot of constituencies that really want this to be true. People who are divorcing, or wanted to make it easier, didn’t want to feel burdened with guilt over its effects upon children.

Another large category consisted of those who wanted to destigmatize unmarried childbearing. Of course, that’s always a delicate situation and while we don’t want to make matters worse with our rhetoric, denying the evident harm serves no one.

You might think that in this department we’re just following the lead of our sophisticated European allies, but that’s unfortunately not the case. Just like the US has much more liberal laws pertaining to abortion and divorce, we lead the world in the number of children who live without both parents. That’s really not something where you want to be number one.

Early last year Katie Faust and Stacy Manning published Them Before Us: Why We Need a Global Children’s Rights Movement. Katie has a long history as a children’s rights advocate. She also has a personal connection, as her parents divorced and her mother subsequently entered into a same-sex relationship. Their book is just the latest documenting in detail the cost to children of our present social conceits.

In our not-so-brave new world, everything is about gratifying the selfish desires and fantasies of adults. Children are treated as commodities.

Both divorce and extramarital pregnancy result in children deprived of one or the other parent. Sometimes that’s tragic and unavoidable. But there’s a sizable contingent of activists who see nothing wrong with these institutions. In so doing, they ignore a vast spectrum of research showing how hurtful they are to children.

Now, thanks to technology, we have an increasing population of kids who are conceived outside of sex by either sperm donation, egg donation, embryo donation, or surrogate pregnancy. This leads to a population of children who are permanently estranged from their genetic parents, and in the case of surrogacy even their birth mother.

The safest place in the world for any child is to be at home with his or her biological parents. Any departure from this, in any direction, raises the likelihood of physical and even sexual abuse. The most dangerous situation is when a child shares the household with an unrelated adult male. In one series, the risk of death was actually 50 times greater.

Both divorce and extramarital pregnancy lead to deprivation of either a mother or father. Katie Faust raises an excellent point. We need to ditch the word “parenting” because it consists really of two separate and irreplaceable components — mothering and fathering — and kids need both.

But it gets worse. In same-sex partnerships, that’s not a bug but a feature. If you were fortunate enough to grow up with both parents, which one would you have given up for a duplicate of the other? Would you have given up your father for a second mother? Would you give up your mother for a second father? Do you seriously believe they were interchangeable?

People truly do believe this, but it’s despite all of the evidence and the universal sum of human experience.

Remember I said men aren’t doing so great, either? Well, half of all children are male, and this is where the problems begin. Boys suffer even more than girls. Many are handicapped before they ever leave the gate, severely impacting the pool of marriageable men down the road and perpetuating the downward spiral.

The children are not fine, and the sexual revolution is the reason.

In our next installment:

Myth #9: “There’s no meaningful difference between homosexuality and heterosexuality”
Myth #10: “That’s just the way God made me”

Please subscribe to be notified when new posts arrive! (Top right of this page)