Home / Whatever happened to the Boy Scouts of America? 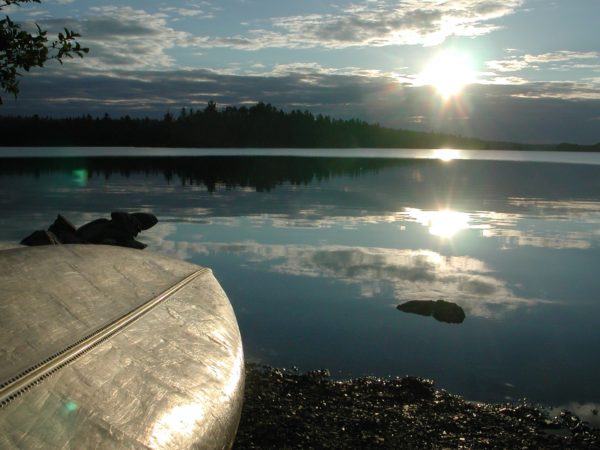 On Tuesday, February 18, 2020 a once-great American institution filed for bankruptcy; a casualty, according to some, of western cultural wars. In “A Badge of Disgrace”, Tony Perkins of the Family Research Council blames their demise entirely on policy changes of the last seven years.. It was, he declared, “an unhappy ending we all warned was coming.” Except nobody could have, really. Because the seeds of demise were planted decades earlier.

Scouting was one of the formative influences in my youth. I didn’t exactly jump in with both feet; there was certainly some parental “guidance” at work. I was a geek long before it became both fashionable – and lucrative! I would far rather stay indoors building a shortwave radio or reading good sci-fi than catch and clean a fish or crawl through mud. (Fires were always fun, though. Still are.) But with the maturity of age, I came to appreciate what Scouting gave me. Scouting pushed me out of my comfort zone – exactly the sort of “snowflake prevention” we need more of today.

Grammar school and junior high were not a happy time. After two weeks of first grade I was promoted directly to second, leaving me much younger than peers and much smaller. The bullying began in earnest around grade 5 and continued until the eighth grade, when a perceptive and merciful science teacher rescued me from that outer ring of hell known as junior high PE (aka “Lord of the Flies Redux”) and got me transferred to choir. My attitudes, grades, and personal safety rebounded promptly, but I preferred being alone. I could have become permanently isolated, but Scouts kept me engaged. In Scouts, I genuinely enjoyed time with peers closer to my age and we were well supervised. Bullying was rare, and never long tolerated.

Through Scouting I grew to love and respect the majesty of God’s Creation, even – somehow – in central Texas. En route to Eagle Scout, I naturally pursued merit badges in the things I loved – electronics, computers, space exploration – but the required badges brought me proficiency in valuable skills I would not ordinarily have sought –swimming, lifesaving, cooking, citizenship, physical fitness.

After I became a dad, I introduced my first son to Scouting. He grew to appreciate it, and like his father ultimately attained the rank of Eagle. He grew into a highly self-sufficient and responsible adult with great love and respect for the wilderness. My second son came several years later, and we started him in Cub Scouts where he rose to Webelo. During the final two years I served as Cubmaster for his Pack. However, by that time changes were afoot.

In the crossfire of the culture wars

Pressure had been building upon the Boy Scouts to conform to society’s shifting standards. In 2013 the Boy Scouts announced they would accept homosexual youth as members, driving an instant wedge between the Scouts and the many Christian churches that sponsored troops. Personally, I regarded the administrators’ decision as cowardly but of little practical significance. Having been a boy, having raised boys, and having been around many more, it was obvious that for normal, healthy eight to eleven-year-olds sexuality was the remotest thing from their minds. As for the scant few who might be struggling with such issues, perhaps they needed Scouting most of all. Keeping the door open for them seemed to be the compassionate thing to do. But in the aftermath of that decision, the church that sponsored our Pack began pressuring me to find another chartering organization. They wanted a divorce. I stalled them until my tenure ended, figuring it was their problem, not mine.

The next domino fell with the BSA’s 2016 decision to accept homosexual adults in leadership. This was much more problematic. For the preceding two decades the Boy Scouts had been besieged by lawsuits claiming sexual abuse of charges by their leaders, paying out millions in compensation. Essentially all were same-sex assaults, and most victims were pubescent or post-pubescent. It is a matter of heated dispute whether same-sex attracted males are more likely to seek unwilling underage partners, but that assumption is unnecessary. Even if the inclination is exactly equal to heterosexuals, logic would favor prudence. The sex drive is intense in all young men. It would be foolish and naïve to put teenage girls under the unsupervised care of a 22-year-old heterosexual man. How could putting young gay men in charge of teenage boys be any less imprudent? (Years ago, the Girl Scouts began accepting young males as leaders. The consequences were predictable, of course).

The final coup came in October 2017 when the Boy Scouts announced the end of 108 years of gender exclusivity. The Boy Scouts would now just be Scouts. The details were complicated. Troops wouldn’t be technically coed, and it would be a great opportunity for the young ladies, but it would no longer be the Boy Scouts. Perhaps it was a desperate effort to reverse the membership decline. If so, it failed.

Why decline and bankruptcy?

Could the decline and bankruptcy have been prevented? Only by going back several decades. From its peak in the early 1970’s, membership in Scouting has plunged by over half. Much, if not most, of this could be attributed to more general social and cultural changes and increased competition from other activities. The more recent drop, however, might have been slowed or reversed. Membership had been falling for decades but the decline accelerated significantly after the 2013 policy changes. In kowtowing to contemporary sexual mores, the national leadership thumbed its collective nose at the ethics of its major American chartering organizations: Protestant, Catholic, and Mormon churches. (As so often happens, organizations that endeavor to be “inclusive” somehow always end up excluding many more). The most acute hemorrhage occurred at the end of December, 2019 when the Mormon Church (400,000 Scouts, approximately 20% of the remaining membership) terminated its chartering arrangements. Many departing Churches switched to alternative scouting programs like Trail Life but the disadvantages are considerable. Options like summer camp require a critical mass of participants and considerable capital investment. The substitutes usually lack these advantages, nor are all of them specifically for boys. Furthermore, fragmentation by denomination results in more in-group isolation in an era of intense polarization. There is a positive social good achieved by bringing people from differing backgrounds into a common community.

As far as the bankruptcy is concerned, it seems that die was cast decades ago. The so-called sexual revolution of the 1960’s resulted in profound changes in American sexual behavior. Traditional sexual boundaries were increasingly mocked, and by most available measures there was an increase in promiscuity of all types. A monster was unleashed. Sexual predators exist and always have. They will always find their prey and they know where to look. The Boy Scouts became a prime target in an era when background checks were hard to get, legal reporting requirements had not been widely adopted, and a national database of sex offenders would have been inconceivable. Beginning in the late 1960’s there was a notable increase in abuse that persisted into the late 1980’s. It has since declined for a multitude of reasons, but increased vigilance on the part of the Boy Scouts played a crucial role.

Data compiled by the LA Times and others indicate that charges against Scout leaders rose rapidly in the late 1980’s, peaking around 1990 when expulsions from leadership also peaked. The alleged abuses would have been still earlier, when no one was sounding alarms for the demise of Scouting. The BSA was now at the mercy of the American tort system, which knows no mercy. Once the litigation dreadnought has locked on a target, few institutions can survive the onslaught.

In retrospect, the Scouts probably handled the situation as well as anyone of that era, and almost certainly better than the Catholic Church. Thousands of perpetrators were exposed and permanently banned. A national blacklist was maintained to prevent them from reapplying elsewhere. Sure, there were cases where the Scouts reacted too slowly or cautiously, but that is inescapable in any organization. Predators do not come with labels and are eerily gifted at concealing their nature and intent. Humans by nature are biased toward trusting one another. This is essential to the functioning of society. Trust no one and the system collapses. Trust everyone and you will sometimes be fooled. Maintaining that balance is tricky. A perfect balance is impossible.

Our boys are the losers

The appropriate response from conservatives and Christians should be one of mourning, not “I told you so.” America is failing its young men tragically. While radical mobs with their torches and pitchforks agitate for revolution against the “patriarchy”, reports from the ground indicate it’s been vanquished for some time and is clinging to life support. Compared to women, men are:

America’s young men are hurting. The causes are well-known. For a multitude of reasons, historic numbers of children are growing up without a father. The disastrous social consequences are irrefutable, and boys suffer disproportionately. Now, more than ever before, boys and young men need long term steady relationships with responsible mature male figures – exactly what the Boy Scouts could, and did, provide. No, it’s not the only solution. Sports provides that outlet for many, but sports aren’t for everyone, and never offered the broad training in life skills. Of all civil institutions, America’s churches offer the best hope for filling this void.

We should all pray for the success of offshoot organizations and revival of the Boy Scouts of America.