The Apologetic Impact of Young Earth Creationism: How to Lose a War

Home / The Apologetic Impact of Young Earth Creationism: How to Lose a War

The Apologetic Impact of Young Earth Creationism: How to Lose a War 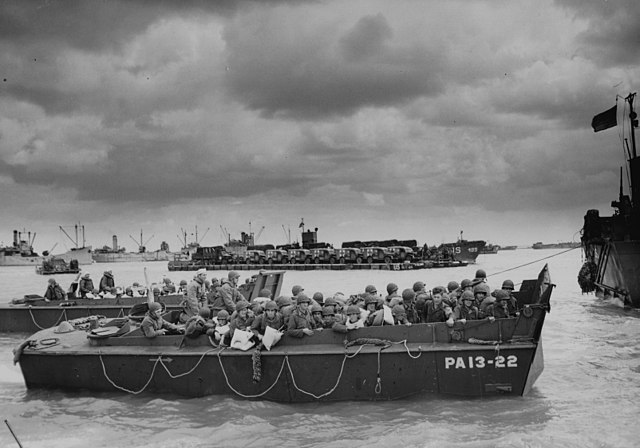 It is early spring of 1943. The Axis powers are beginning to crumble against the massive and unrelenting Allied onslaught. Plans for the imminent invasion of Sicily are underway, establishing a base for the invasion and liberation of continental Europe.

Meanwhile, back at US military intelligence, a tightly knit group of outliers have been poring over captured Nazi military communications. They conclude that Berlin is a Potemkin facade – the entire brain trust of the Nazi war machine is hiding away in the Canary Islands. “That is their true vulnerability,” they determine. “Capture the Canaries, and victory is assured.”
The Allied command views the minority report as pure nonsense, but a third of the officer corps is persuaded and defects. Soldiers, seaman, and marines are transferred to the Canary Islands and commence their assault. Strangely, the beaches are deserted except for driftwood, dead starfish, and a noisy flock of seagulls. The befuddled Germans sense an opportunity too great to pass up, and begin to airdrop a few unfortunate paratroopers to keep the Allies distracted.
Meanwhile, with a third of Allied forces diverted, the Germans retake North Africa. The Japanese overrun India, then Australia. With the British Empire in full collapse, German warships and troop carriers begin to amass at Cherbourg for the final amphibious assault upon the British Isles.
In this counterfactual scenario, faulty intelligence led to a commitment of resources to fight the wrong battle in the wrong location, snatching defeat from the very jaws of victory. In other words, kind of like Christians fighting over the age of the earth.
This should be the golden era of science apologetics. Never has there been more evidence in support of a Divine Creator and the wisdom of His plan for humanity. Astronomy and physics have established beyond doubt that our universe of space, time, matter, and energy had a beginning. There is nothing in our realm of understanding to explain it. The universe and our planet are exquisitely designed for human civilization, with nearly a thousand specific parameters tuned in perfect alignment. In the realm of theoretical physics, the nature of fundamental physical reality looks too complex for comfort.
Biology, biochemistry, and genetics have revealed unfathomable complexity in the nature of life and reproduction. There is no working model for the origin of life. The problem of human consciousness remains so intractable we don’t even know where to start.
Medical research confirms beyond any doubt that the Biblical model of heterosexual monogamy is uniquely conducive to the mental and physical health of adults and their children and to social stability. Psychology and the social sciences corroborate the Biblical view of human nature as naturally proud and self-serving, with a propensity toward evil.
Every year more scientists and intellectuals come to embrace Christianity as the only adequate explanation for all they know and see.
With overwhelming firepower at our command, what do we do? A tiny contingent  with quasiscientific credentials insists that the Earth is really only six thousand years old (faulty intelligence). Their strategy has engaged a large proportion of the Christian community (diversion of resources). They make that hill the one upon which the Truly Faithful must stand or die (wrong battle in the wrong location). Opponents of Christianity are gleeful to engage, knowing full well their real vulnerabilities lie far from that battlefront. Young people raised in the Church are losing their faith in college, being persuaded over this one peripheral issue that Christianity is anti-scientific. Non-Christians simply roll their eyes and groan. And no one seems to get why.
To the apostle Paul, the Truth of Christianity stood on the resurrection of Christ. He penned those words when eyewitnesses to the risen Christ still walked the Earth, of whom Paul was one. For some Christians today, the Truth of Christianity stands or falls on a six thousand year old Earth. There’s only one way to lose this war, and we’re making great headway. The seagulls are getting nervous.