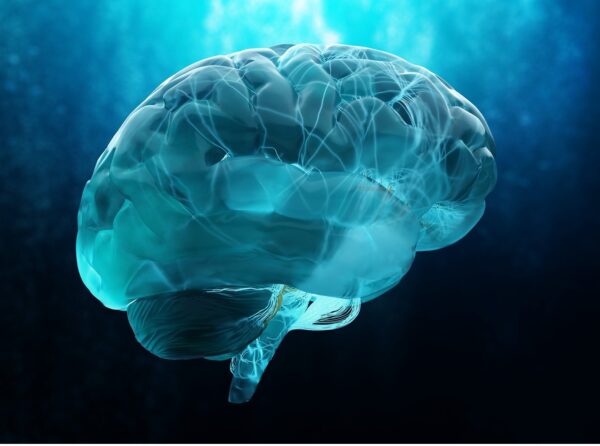 No matter where you stand, you’ve probably noticed that a large swath of humanity confidently clings to tenets that are demonstrably untrue. Moreover, these beliefs are not borne exclusively of facts, experience, and logic but a deadly array of confounding factors. The vast complexity of most subjects, misinformation, disinformation, and information overload preclude anyone from total mastery of an issue. The solution is Biblical, and it’s called intellectual humility.

“We know that we all have knowledge. Knowledge puffs up, but love edifies. And if anyone thinks that he knows anything, he knows nothing yet as he ought to know.”[1]

This runs contrary to our natural inclination driven by pride:

Intellectual humility is the honest and willing admission that our knowledge is limited and our reasoning imperfect, with an ability to tolerate disagreement in a calm and respectful manner. Intellectually humble people tend to be more agreeable, less polarized, less argumentative, and less dogmatic in their own opinions. Does this describe anyone you know? Does it describe you?

One thing I will state with confidence: false beliefs cannot be blamed on lack of intelligence. I’m going to pull a “Paul” here: “If anyone thinks he may have confidence in the flesh, I more so.”[5] At the age of four I taught myself to read. First grade lasted eleven days before they kicked me into second. At 16, I graduated from high school (salutatorian in a class of 1000, due to a “B” in theater) and matriculated at Emory University on a National Merit Scholarship, graduating Phi Beta Kappa in three years, and finishing medical school at 23. My SAT score secured me membership in the Triple Nine Society – only the top 5% of Mensa would qualify. But this type of résumé is not that rare. Some of you may share stories similar to mine. If we’re not careful, it really can go to our head.

So, I was a quick learner and did well on tests, but it qualified me as an authority on absolutely nothing. That demands more than intelligence; it requires learning and wisdom. An ordinary person who tends to his mind will end up far wiser than a super-genius who fritters away his time on videogames and YouTube.

The type of intelligence measured by standardized testing is a very good predictor of academic success. But above a certain threshold, it is a very weak predictor of who will really excel. There are too many other variables contributing toward success, such as emotional intelligence, creativity, and talent. Add to these physical, personality, and social factors like extraversion, attractiveness, family tradition and culture, athletic ability, height (mostly for men), and sheer dumb luck. Finally, who you know really does matter. [I rang up short in most of the things on that list].

Superior performance on standardized exams is less than it appears. C. S. Lewis was a genius by any reasonable measure and had a photographic memory of his vast library, but struggled to get into Oxford because he was lousy at math. I’d far prefer being able to remember everything I read and to write like Lewis than solve differential equations in my head.

But some people seem to think it matters. A well-known politician boasted of being “a very stable genius.” [I suppose that beats an unstable one, all other things being equal]. But is our faith in intelligence warranted? According to British science writer David Robson, author of The Intelligence Trap, probably not. In fact, it may be a liability.[6]

What does the evidence show?

Examples abound of brilliant people who believed crazy things. Arthur Conan Doyle, creator of the ruthlessly logical Sherlock Holmes, clung to a naïve but unshakeable faith in spiritualism and fairies. The late Nobel prize winner Kary Mullis recounted his meeting with a luminescent alien raccoon, and actively promoted astrology and AIDS denialism. The name most synonymous with genius – Albert Einstein – imagined the hope of mankind lay in Vladimir Lenin and frittered away the final decades of his life stubbornly rejecting quantum theory. The tendency of Nobel prize winners to go off the rails is so commonplace that science writers coined “Nobel disease” as a term of derision.

Among the higher ranks of intelligentsia, Robson documents that:

All I can say is that over a lifetime spanning six decades, I’ve been tricked many times, and I’ve been obliged to change my opinions about a lot of things.

Escaping from the “Intelligence Trap”

According to Robson, highly intelligent people are much more confident, and this confidence makes them less likely to doubt their opinions or change their minds. Rather than pursuing truth wherever it leads, smarter people may channel their energy toward arguing and reinforcing their preexisting opinions. Robson then elaborates research-based strategies for overcoming the intelligence trap. Not too surprisingly, it begins with intellectual humility.

Although Robson implies that intelligent people are less humble, the evidence is inconclusive. The Dunning-Kruger phenomenon predicts that less intelligent people would be overconfident, and more intelligent people more mindful of their limitations. But it’s difficult to measure intellectual humility in a research setting, and one must be careful to distinguish between intelligence and knowledge. An intelligent person with a large fund of knowledge may be justifiably confident. A genius with a limited fund of knowledge should not be. One thing we know for sure is that intelligence does not protect against cognitive biases, although it does tend to correlate with higher curiosity and higher cognitive reflection (“thinking slow” – Kahneman).

Recent research has found a consistent correlation between intellectual humility and other principles of sound thinking: having a growth mindset, curiosity, open-minded thinking, cognitive reflection, and emotional regulation.[7] In a 2021 paper, researchers found that intellectual humility partially offsets the Dunning-Kruger effect. Low-performing subjects with low measures of intellectual humility showed a greater tendency to overestimate their performance.[8]

The worldwide COVID-19 pandemic of 2019-2022 has been one of the most dramatic, life-changing, and polarizing events of the last several decades. It also proved fertile ground for research into human decision-making. A team of researchers from Israel and the UK found that those who rejected vaccination were less inclined to believe well-established facts, more inclined toward “alternative facts”, and scored significantly lower in intellectual humility.[9]

“I take a breath and try to remember that perspective, that feeling of being so sure I was right and that almost all of modern science was wrong.” [emphasis added]

Intellectual Humility is a Two-Way Street

In November 2018, the New York Academy of Sciences held a conference entitled Science Denial: Lessons and Solutions. One of the conference organizers, Kari Fischer, found herself having to throw away all her assumptions. Over the course of the event, she came to understand that the history of science is strewn with error and failure, that scientists are just as prone to bias, and that conflicts of interest are ubiquitous – just to name a few. Without using the term, she issued a call to humility.

Large segments of the scientific community have sometimes flown off the rails. It’s happened before, with the opioid epidemic a dark and recent reminder. It’s happening now with transgenderism. It will happen again, because human nature never changes.

There have been other public calls for greater humility in the scientific community. In 2021, an international team writing in Nature Human Behavior called attention to the replication crisis in social, behavioral, and life sciences – and the need for greater humility and transparency about the limitations of research.[11]

An attitude of humility admits how little it knows or understands. It is certain of God’s word and His faithfulness, but tentative in its own opinions. The humble mind never imagines it has attained perfect understanding or infallibility. Learn to differentiate between belief and certainty. God’s Word never fails, but we do – all the time. Be careful in whom you put your faith.

Adapted from Superbia: The Perils of Pride. The Power of Humility by Steven J. Willing MD.