Forgotten but not gone: Pride, ancient and new

Home / Forgotten but not gone: Pride, ancient and new

Forgotten but not gone: Pride, ancient and new 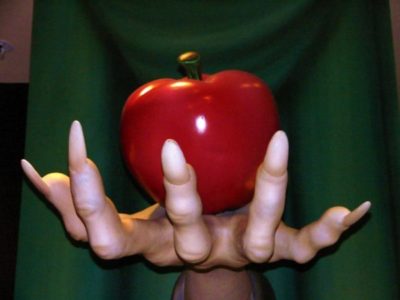 “Pride is the first sin that ever entered into the universe, and it’s the last that is rooted out. It is God’s most stubborn enemy.” – Jonathan Edwards

Traditionally, Christians have been of the persuasion that sins are bad, and some sins are worse than others. What do you think is the worst sin? Murder? Rape? Idolatry? Blasphemy?

For most of church history, there was little disagreement in the answer. From Augustine in the fourth century, to Edwards in the 18th century, to Dorothy Sayers in the 20th century, it was a one word answer: pride.

The commencement of all sin.[1]

The head and origin of all sin.[5]

On what grounds did they reach this conclusion? Did they just make it up? Did they value self-abasement? The answer lies in Scripture:

The fear of the Lord is to hate evil; Pride and arrogance and the evil way And the perverse mouth I hate.[6]

Everyone proud in heart is an abomination to the Lord; Though they join forces, none will go unpunished.[7]

Do you see a man wise in his own eyes?
There is more hope for a fool than for him.[8]

So what’s pride? How can we not do it if we don’t know what “it” is? The ancients took care of that for us as well:

“The desire for inordinate exaltation” – Augustine

“The excessive love of one’s own excellence” – Catholic Encyclopedia

“Pride is nothing else (as the learned say) but love of thy own excellency, that is, of thy own worship.” – Walter Hilton

But we can make this even simpler: pride is thinking too highly of ourselves. And for those passionate in the service of Christ, it is their greatest weakness. As Edwards wrote:

The first and worst cause of error that prevails in our day is spiritual pride. This is the main door by which the devil comes into the hearts of those who are zealous for the advancement of Christ. …. Pride is much more difficult to discern than any other corruption because, by nature, pride is a person having too high a thought of himself. Is it any surprise, then, that a person who has too high a thought of himself is unaware of it? He thinks the opinion he has of himself has just grounds and therefore is not too high.[9]

To visualize the concept, imagine a scale. Our self-perception should be in general balance with who we really are. Consider traits such as intelligence, skill, expertise, virtue, or any other matter of importance. When our self-perception in any area exceeds reality, that is pride. If the scale is heavily tipped on the reality side, other factors may be in play: exaggerated or false humility, lack of confidence, or poor self-image. In practice, a perfect balance may be unattainable. If we must err, let us err on the side of modesty.

The first casualty of pride is self-awareness, so we don’t know ourselves well enough to recognize it. Often – perhaps most of the time – we are unaware of its presence. Tim Keller likened it to carbon monoxide: it kills you without your knowing it.

Pride aimed inward is overconfidence, an unrealistically high opinion of oneself. It causes us to be overconfident of our abilities, our beliefs, our power, and our moral standing before God and each other. Pride directed outward is self-exaltation. It drives us relentlessly to compare ourselves to others, to get and have more than others, to take credit for what is good, and to blame others when we fail. Ultimately, it is a passion to grasp for ourselves the place reserved for God Almighty.

After three thousand years in the realms of theology and philosophy, this truth has re-emerged in the realm of science. For example, the Book of Proverbs (Solomon, ca. 1000 BC) stated that by nature we are self-justifying and feel morally superior:

Every way of a man is right in his own eyes,
But the Lord weighs the hearts.[10]

In January 2017, Scientific American reported: “Most people consider themselves to be morally superior.”[11] The article noted that “decades of research confirm that we are all above average—at least in our own minds…. above all else we believe that we are more just, more trustworthy, more moral than others.” In other words, according to the latest research, Solomon nailed it.

But we’ve only scratched the surface. Stay tuned for future installments. Subscribe to this blog to be notified of future posts, and share it with others!