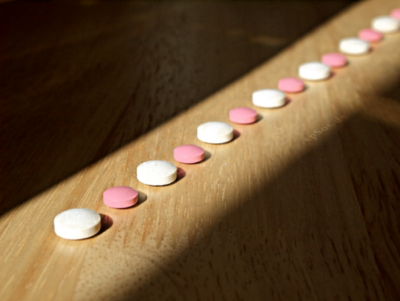 America remains in the grip of an opiate* epidemic. Over 70,000 Americans died from legal and illegal drug overdose in 2017 alone, more than four times higher than in 1999.

The tragic history of this crisis was carefully documented by investigative journalist Sam Quinones in his 2015 work, Dreamland: The True Tale of America’s Opiate Epidemic.1 Cast members in this drama represent a cross section of human society, from Mexican laborers to executives of multinational corporations. A sobering element of this story is that the American medical community bears much responsibility for the crisis. This example serves as both a lesson and a reminder that sometimes the scientific community can err en masse. In previous posts we examined pitfalls in belief formation and the perils of overconfidence from a theoretical perspective. This story underscores the dire consequences of ignoring these principles—in this case by highly educated professionals. We will focus on two salient biases: information cascade and confirmation/disconfirmation; and two nonrational contributors to belief formation: moral grandstanding and economic self-interest

Experts once widely accepted the notion that opiate narcotics were highly addictive. However, some people questioned the idea in the early 1990s as a movement gained traction to treat pain with aggressive medication. A powerful new belief ignited and sustained the boom in narcotics; namely, that addiction from prescribed opiates was actually quite rare. Yet, there was never any evidence for this belief, and considerable evidence to the contrary.

The wildfire was unwittingly sparked by an innocuous five-sentence letter to the editor in the 1980 New England Journal of Medicine.2 The authors commented that new addictions seemed to be rare in hospitalized patients receiving low doses under direct supervision with no prior history of addiction. In ensuing years, this source was repeatedly cited, then those sources were cited, snowballing into a widespread false consensus regarding the low risk of addiction.

By early 2017, over 400 scientific papers had cited the letter as evidence that addiction from prescribed opiates was rare.3 It was a classic information cascade. Physicians were not basing their opinion on the evidence but on what other experts said, who were themselves biased by earlier opinions. Almost no one, it seemed, knew or gave much thought to what the original citation actually said. (And it was a letter, not a clinical investigation!)

As a consequence, almost 218,000 Americans died from prescription opioids between 1999 and 2017, while the annual fatality rate rose 400% over the same period.

Throughout my medical training and early years in practice, physicians generally agreed that narcotics were potentially addictive and should be used with restraint. This belief wasn’t necessarily based on hard data, but the stream of addicts passing through the healthcare system left little room for doubt. That was anecdotal evidence, but it was evidence, nonetheless.

But physicians were not emotionally invested in withholding narcotics; in fact, quite the opposite. Restraint was the path of greater resistance. Liberal prescribing took less time, gratified patients, and left one with a sense of accomplishment. The new paradigm—we could dispense without concern—was liberating. But how could we justify it scientifically?

Confirmation bias is the tendency to favor evidence in support of one’s own position. If a doctor wanted to prescribe opiates freely, scientific papers in support of that position were proliferating due to the previously mentioned information cascade. As we noted, it was faulty yet adequate evidence if someone really wanted to believe it.

Disconfirmation bias is the tendency to dismiss evidence against one’s belief. What about all the addicts? In the case of opiate addiction, physicians began to argue that opiates didn’t cause the addiction; rather, those who were already addicts sought out the opiates. That was a false dilemma between two partial truths, which is why the deception was so persuasive.

A powerful driving force behind the rise in prescription narcotics emerged from the belief that too many patients suffered unnecessary, easily treatable pain. Convinced that the risk of addiction was low, there was no downside to liberal use of narcotics. If narcotics were safe, it was virtuous to prescribe them and heartless to withhold them.

Interns and residents were taught that these drugs were now not addictive, that doctors thus had a mission, a duty, to use them.4

Once framed in moral terms, the stage was set for moral grandstanding and ramping up. Consequently, physicians and health care organizations competed in expressing their zeal for pain remediation. By 1998, over 1000 multidisciplinary pain clinics had been established. They vanished almost as rapidly, as the increasing use of narcotics effectively eliminated the need for multiple disciplines.5 Other social influences kicked in. As the epidemic unfolded, physicians faced increasing pressure from patients while accreditation agencies demanded proof that they were relieving pain—and that meant more narcotics.6

One particular drug occupied the epicenter of the prescription drug crisis: OxyContin, a slow-release preparation of oxycodone. This was a proprietary product of Purdue Pharma, privately held by the Sackler family. Upon the release of OxyContin in 1996, Purdue unleashed a sales and marketing juggernaut to aggressively promote it. According to Quinones:

Purdue set about promoting OxyContin as virtually risk-free and a solution to the problems patients presented doctors with every day.7

Eleven years later, Purdue Pharma pled guilty for, among other things, misrepresenting OxyContin’s abuse potential, for which it was fined over $600 million.8

Complicit physicians, driven by greed, began and continue to run prescription mills in some of our most vulnerable communities. Many have been caught, convicted, and sent to prison. But it’s a lucrative business and demand is virtually unlimited. In April of 2019, the biggest crackdown to date charged 60 healthcare providers in rural Appalachia with the illegal distribution of narcotics.9 As many as 32 million pain pills were distributed, and at least five patients died.

At this point, some may object, “What does belief have to do with it? They knew they were doing wrong and did it just for the money.” This may indeed be true for genuine psychopaths but is otherwise a one-dimensional view of human nature that overlooks our compelling need and skill for self-rationalization. Inside each of us runs a highly tuned excuse factory, efficiently manufacturing plausible beliefs to justify our own behavior. According to the science of human nature—and ancient scripture (“Every way of a man is right in his own eyes” Proverbs 21:2, KJV)—most perpetrators probably believed they were not doing wrong.

A lesson for us all

While science is our best source for understanding the physical world, physicians and scientists are subject to the same cognitive pitfalls as everyone else. In certain circumstances, they err communally with potentially disastrous consequences. Familiarity with the science of belief can help us to discern when a prevailing consensus should be questioned. Is there emotional investment? Moral grandstanding and ramping up? Peer pressure? Information cascade? Economic self-interest? We all must endeavor to avoid these traps.

In this case, silence was complicity. Had more people been willing to speak up and challenge the paradigm, the false consensus surrounding opiates might have been thwarted, sparing thousands of lives. It takes courage to stand against the crowd—after clearing the logs from our own eyes—but sometimes it is morally necessary.

*Note: for purposes of this article, “opiate,” “opioid,” and “narcotics” are basically synonymous. For precise definitions, click here.