Home / The Improbability of Richard Dawkins 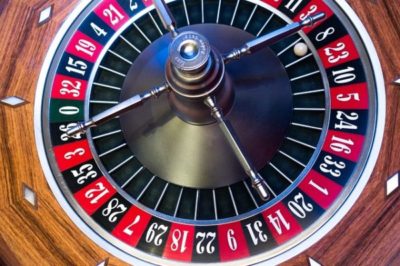 Although it’s been out now for 13 years, The God Delusion  by Richard Dawkins still sets the standard for 21st century atheist polemics. Both lionized by atheists and demonized by some believers, he is deserving, I think, of neither.

I’ve followed Dawkins for a while, mostly because of his particular pronouncements on the “improbability” of God. This thought intrigued me, because as someone  who has studied advanced probability (all right, I took a senior level math course in college), I was curious how that improbability was determined, and the methodology behind it.

Dawkins’s argument appears in Chapter 4, and reduces to this:

And finally, in his own words:

4. “The designer hypothesis immediately raises the larger problem of who designed the designer. The whole problem we started out with was the problem of explaining statistical improbability. It is obviously no solution to postulate something even more improbable.”

Elsewhere, he states (more clearly) that a cosmic designer would have to be more complex than life, so it seems [to him] illogical to explain complexity by postulating something even more complex. The latter is probably true, as far as it goes.

In a way, I was disappointed. I hoped he might have something interesting to offer on calculating the probability for or against God’s existence, but instead he merely offers a philosophical argument, and not a very good one.

2. Category error. Truly, I’ve been surprised that theologians would try to refute his argument by insisting that God is simple, not complex. How about neither? The words “simple” and “complex” as we apply them in the physical realm have no meaning with regard to an immaterial being that exists outside of space, matter, energy, and time. It’s as meaningless as talking about the “color” of God. Drop the assumption of material complexity, and the case collapses.

3. Equivocation fallacy. All Theists define God as uncreated, self-existing, and the first cause. Dawkins brushes right past by asking “who designed the designer?”This is just an unimaginative restatement of the old “who made God?” argument. A God that was “made” would not, by definition, be God. Dawkins own twist is to try and add a patina of authority by reframing it in scientific verbiage. The argument is purely a philosophical one. There is no way in the realm of science or mathematics to assign a probability to the solution.

This little discussion is neither intended as proof of theism nor a refutation of atheism. There is but one point to conclude. Dawkins’s many references to the extreme “improbability” of God amount to nothing more than an expression of personal feeling, not mathematics or science.